SHINE is set to celebrate its landmark 20th Birthday with a heavyweight lineup featuring underground House & Techno music’s elite, delivering one of the biggest bills to grace the iconic event in recent years.

Bicep cut their teeth regularly attending Shine in the early 2000s, back in the notorious ‘Supershine’ days.

Blistering techno was the prominent genre back then and Bicep were very keen to do a special Shine ‘Techno classics set’, paying homage to many of the tunes that first introduced them to underground dance music.

They’ll be digging deep into many of the records they bought in that era and also bringing some of their own exclusive re-edits prepared especially for the event.

Bicep return to Shine following sellout headline performances at Shine Boxing Night 2014 (alongside Jeff Mills) and their very own AVA Festival at T13.

Joining them in the main room is BBC Radio 1’s Underground ambassador and Queen of the Jackathon HEIDI with support from resident Shine duo Swoose & Cromby. 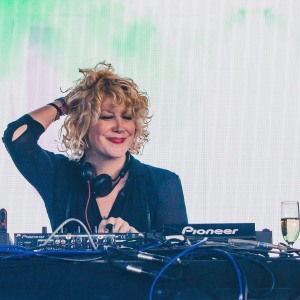 In room three, DSNT has teamed up with Shine to produce a line-up that captures the DSNT ethos of uncompromising techno aided by rich and extreme visuals.

AnD will headline the show with a debut performance of their live modular techno set, bringing the machines, the noise and the kick drums. Dublin techno kingpin Sunil Sharpe joins them on the line-up for a room that is not for the faint of heart.

Creative studio Guerrilla Shout will be producing an all encompassing visual show specifically for the event to enhance the raw intensity that is to be expected at any DSNT party.