LAST week the Odyssey Arena reopened as the The SSE Arena, Belfast following recent news that the energy company SSE Airtricity – who have already sponsored venues in Glasgow (SSE Hydro) and Wembley, London (SSE Arena) – signed a 10-year contract with the iconic venue.

So, to celebrate the reopening following extensive refurbishment works currently ongoing, here’s what you have to look forward to.

For more information or to buy tickets log onto www.ssearenabelfast.com

1. Belfast Giants home games
Various dates, £9-£16
If you haven’t already experienced the energy and adrenaline of a Belfast Giants ice hockey game then you need to check out a non-stop, hard hitting, goal scoring game. As one of the country’s top sporting organisations it’s no wonder over 5,000 fans create an electrifying atmosphere at every match. 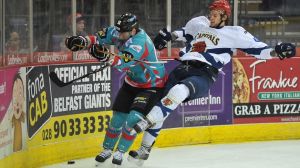 2. Florence & The Machine
Sept 9, £39.20
Florence Welch fronts this British indie-rock outfit with her haunting vocals and unique style. Probably best known for their 2009 hit You’ve Got The Love from their album Lungs, the band’s most recent album How Big How Blue How Beautiful is their third critically acclaimed album having topped the charts in over 20 countries.

3. Kevin Bridges
Sept 28-29 & Nov 20-21, £33
Following his five nights of sell out shows in Derry this summer Scottish funnyman Kevin Bridges is back in Northern Ireland for some more hilarity. And since exploding on to the scene in 2009 he’s been dubbed “brilliant” by comedy legend Billy Connolly, so who are we to argue?

4. The Ulster Wedding Show
Oct 3-4, £7.50
Considered one of the biggest and most popular wedding shows in Northern Ireland The Wedding Show covers everything from planning your wedding and honeymoon to hens and stag parties. Exhibitors include everything from photographers, wedding florists, bridal hair and makeup specialists to wedding venues, venue stylists, bridal shops and boutiques.

5. One Direction
Oct 20-22, £43.50-£70
Back as a four-piece heart-throbs One Direction return to the stage with some of their biggest hits since their rise to fame on 2010’s X-Factor. Earlier this year Zayn Malik left the band leaving Niall Horan, Liam Payne, Harry Styles and Louis Tomlinson to go it alone belting out their top tunes like What Makes You Beautiful, Live While We’re Young, Story of My Life and Steal My Girl.

6. Belfast Film & Comic Con
Oct 31 – Nov 1, £8-£15
Produced by Showmasters Ltd, the Belfast Film & Comic Con will see some of fans’ favourite stars from TV, film and comics attend as well as a whole host of activities including photo shoots, panels, autograph sessions and hundreds of stalls full of TV and film memorabilia to browse.

7. Disney on Ice Worlds of Enchantment
Nov 5-8, £16.50-£31.50
Frozen fans won’t be disappointed with this show which features royal sisters Anna and Elsa from the fantasy world of Arendelle. As well as that the show will star some of the best known characters from Disney Pixar’s Cars, The Little Mermaid and Disney Pixar’s Toy Story 3, alongside Mickey Mouse, Minnie Mouse, Donald Duck and Goofy. 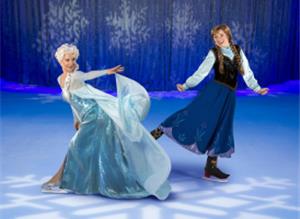 8. WWE Live
Nov 10, £20-65
The wrestling is a unique blend of sport and entertainment taking a theatrical approach to live in-ring action with dramatic entertainment. Promoters promise a night “bursting with all the drama and energy of a rock concert” in a “fun, lively and exciting environment”.

10. Imagine Dragons
Nov 17, £33
American rock band Imagine Dragons shot to fame in 2012 with their debut album Night Visions. They followed that with their record Smoke & Mirrors which reached number one on the American, Canadian and UK charts. To date the band have sold 22 million singles worldwide and 4 million copies of their debut album Night Visions.

11. Festival of Hockey
Nov 17-18, Price TBC
Four top collegiate universities from the prestigious National Collegiate Athletic Association (NCAA) will play in Belfast’s first Festival of Hockey. This will be a world first for the NCAA as it is the first time the league has taken to the ice to play competitive games outside the USA. 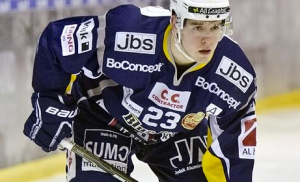 12. The Prodigy
Dec 1, £46
For the last 25 years The Prodigy have led the way in electronic dance music, pushing the boundaries and crossing genres. They’ve dropped five studio albums, including 2009’s world dominating Invaders Must Die. Their recent Welcome to The Day is My Enemy has been described as “an album that takes you on a journey through the unchartered underbelly of urban nightlife where anger is an ever-present energy lurking just beneath the surface of an edgy calm”.

13. Simply Red
Dec 2, £49-£55
Having sold 60 million albums worldwide Simply Red are probably best known for their hits Holding Back The Years, If You Don’t Know Me By Now, Something Got Me Started, The Right Thing, Stars, Fairground, The Air That I Breathe and Sunrise. Supported by Australian pop star Natalie Imbruglia the band are celebrating their 30-year anniversary during this tour.

14. André Rieu
Dec 3, £40-£95
Considered as the King of Waltz, André Rieu is considered the world’s most successful violinist. Accompanied by his Johann Strauss Orchestra for one night only producers say fans “can look forward to a completely new program with a fantastic show”. André is the most successful classical touring artist worldwide and appears continuously in the Billboard Chart’s Top Ten for ten years.

15. Def Leppard & Whitesnake
Dec 7, £49.50
It’s a good thing double denim is back because 80s rock icons Def Leppard and Whitesnake will be rocking the SSE Arena old style. Supported by Black Star Riders these bands need no introduction given that Def Leppard have sold over 100 million albums worldwide in a career that spans three decades. 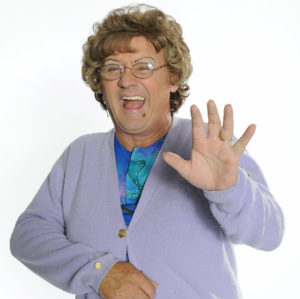