NORTHERN Ireland’s own master of the musical, Peter Corry is returning to Theatre at the Mill to direct the iconic Broadway smash hit Annie Get Your Gun.

Following the critical acclaim of The Producers, Oklahoma, and Les Miserables, Corry returns as part of the Newtownabbey theatre’s fifth anniversary, weaving his magic in this new production of Irvin Berlin’s classic musical. 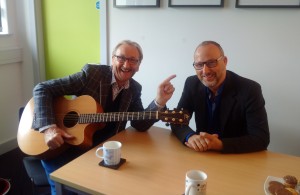 With a special cast of professional actor musicians and a live band on stage under the musical direction of Matthew Reeve, this new production features the all-time classic hits There’s No Business Like Show Business, Doin’ What Comes Natur’lly, and Anything You Can Do I Can Do Better.

The West End singer, director and producer has directed a string of highly acclaimed productions at Theatre at the Mill and is looking forward to the challenge of staging one of the best loved musicals of all time.

He said: “It’s great to back at Theatre at the Mill. Annie Get Your Gun is one of my favourite musicals, one of the big beasts from the Golden Age of Broadway and Hollywood. We have such a talented team on board that this is set to be one of the highlights of the year.” 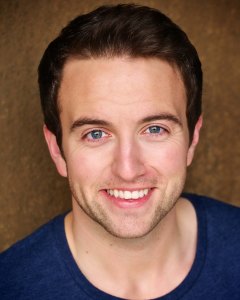 He is joined by an exciting cast including up and coming young Scots performers Kara Swinney and Blair Robertson as the sharp-shooting sweethearts Annie and Frank who join rival Wild West shows in this rootin’ tootin’ comic musical.

He said: “I play the part of Buffalo Bill who acts as the compere. He is a larger than life character, an old cowboy and owner of the Wild West Show that Annie joins. Annie Get Your Gun is a huge favourite with everybody but a lot of people forget how many great songs there are in it – Anything You Can Do, There’s No Business Like Show Business, I’ve Got the Sun in the Morning.” 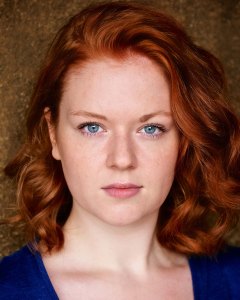 The original 1946 production of Annie Get Your Gun starring the one and only Ethel Mermann was a huge hit on Broadway and spawned the 1950 MGM film version starring the equally big voiced Betty Hutton.

It was so popular that three years later rival film studio Warner Bros came up with Calamity Jane starring Doris Day in response to its success.

Words and lyrics of the songs were famously written by Irving Berlin, author of White Christmas and Easter Parade and for the musical he came up with the show tune to rival all show tunes There’s No Business Like Show Business.

Kara, a hugely talented singer, dancer and actor is excited about filling the shoes of that greatest of Broadway divas, Ethel Mermann, the original Annie Oakley on stage.

She added: “I am really looking forward to belting out the iconic There’s No Business Like Show Business, which of course became her signature tune as well as the anthem of all showbiz performers who tread the boards hoping to make it big. I can’t wait to start.” 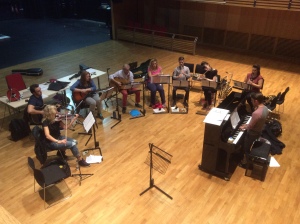 For those who don’t know the story, Annie Oakley is the best shot around, and when Buffalo Bill’s Wild West Show comes to town he persuades this novel sharpshooter to join his Wild West Show.

It only takes one glance for Annie to fall head over heels for the dashing star of the show, shooting ace Frank Butler. She soon eclipses Butler as the main attraction and, nursing a bruised ego, he hightails it off to join a rival show, eventually to be pitted against Annie in a final shoot-out. The rousing, sure-fire finale hits the mark every time in a testament to the power of female ingenuity.

Producer Bernard Clarkson explained why he chose Annie Get Your Gun for this year’s fifth birthday celebrations: “The musical is almost 70 years old but is as fresh and sassy as the day it was first performed. It is a pleasure to bring the words and music of the peerless Irving Berlin to a new audience.”

The production runs at Theatre at the Mill from September 28 to October 10. The matinee at 2.30pm on October 10 is a “relaxed performance” suitable for children with autism or learning disabilities.

The performance will feature adapted lighting and lowered sound levels and audience members are free to talk and move around the auditorium if they wish. Other facilities include accessible seating and bathroom facilities and a hearing loop. A social story is available ahead of the performance either by email or in printed form.

For all information including how to book, go to www.theatreatthemill.com or contact the Box Office on 02890 340202.