COUNTRY music hunk Nathan Carter is often credited with paving the way for young stars to break the scene in Ireland and Northern Ireland.

With that the singer, originally from Liverpool, has had a wealth of success having stormed the Irish charts with six highly popular albums and more recently, a UK tour.

Nathan’s last two albums have outsold One Direction and Michael Buble and earlier this year his album Beautiful Life became his third Irish number one album knocking Mumford & Sons off the top spot.

However, along with his success has come fame which the star admits he doesn’t think he will ever get used to.

“The amount of people who think I’m a multi-millionaire is unbelievable you know” he said.

“The fact of the matter is I’m definitely not, I still have to balance the books like everyone else.

“The thing is I literally don’t have time to do a lot of stuff, I can’t iron anyway to that’s out of the question, but I’m lucky enough that I’ve got a couple of people that come and help me every week and get my stuff in order.

“And because I maybe have help with things like that people make an assumption that I must be really rich.

“It is funny the way stories come back. Earlier this year I was looking at a property in Enniskillen, a hotel, and it was dilapidated and run down but I just went to look at it just to see could it be a possible investment.

“Of course I was seen outside it and within the space of a day or so the papers were ringing me to ask ‘have you bought that hotel in town?’ everyone wanted to know about this hotel, whether I was going to spend a million pounds on it or not. It was all a load of rubbish, just because I’d been seen outside it.”

While Nathan might be lucky enough to be able to leave the domestic chores to others as he concentrates on the music, he revealed dealing with the fame side of the business has been one of the more difficult parts of his career.

He said: “I don’t know if I’ll ever accept the fact that I’m famous. That was one thing that I never wanted to be to be honest.

“It’s the bit that I didn’t like the most about the music industry when I first started out, but now I’ve come to accept that with success comes a level of stardom and being famous in the area you work.

“When I started off in pubs, I never wanted to be famous I just wanted to sing and play.

“But it’s part of the territory I suppose unlike shows like the X-Factor where the people people are going on to be famous rather than looking for a career.

“It is a bit strange when you get stopped in the street by total randomers looking for a picture and asking can you sign something. Usually these days we also get asked i they can record a video because their sister is getting married or something and I’m standing in the middle of the street doing this announcement.

“It’s kind of strange definitely but I’m happy doing it because as I say, it comes with the territory like you know.”

When it comes to the fame aspect of the business, Nathan admits he can sometimes get embarrassed by it.

“I never go out thinking I’m going to get stopped or thinking oh I won’t go there because I might get people asking for pictures, I just get on with life” he said, adding: “I think the minute you start going out thinking that you’re someone you go down the wrong road.

“I get so embarrassed, I’ve done festivals where five lads have turned up to bring me to the stage and I’ve turned round and said ‘listen lads, I don’t need that.’

“I’d be so embarrassed you know, like who does he think he is with five bouncers round him, you know. In my opinion it does look stupid so I try to keep that down to a minimum, one or two fellas and I always say ‘I’ll walk ahead of you lads don’t panic’.”

Nathan reckons one of the many perks of the job are the fans which he says are important to look after.

“To me the fans are the most important part of the business ahead of everything else” he said.

“Meeting people after the shows is a small thing for me to do but for some of the fans it is really big.

“They come on aeroplanes, trains and buses, they spend their whole week’s wages or more coming to see one of our shows, the least I can do is spend a bit of time and say thanks.

“I try my best to always stop for pictures when I cam.

“Sometimes I forget and have to pinch myself and say to myself ‘wow, these people have revolved their whole life around me just to come to a show’, it’s only right to treat them well.

“I’m not the only person that has them but there’s a few hard core fans who, will traveled to England this week and no matter where I seem to play they always show up. 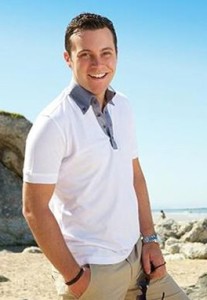 “Thing is, I wouldn’t be there without them so I have a lot to thank them for, that’s for sure.”

Nathan, like many stars who take the time to get to know their fans often finds himself opening up presents and fan mail.

He said: “I’ve been lucky enough with my fans, no real crazy ones but I do get boxes of chocolate, I’ve got fans out in Germany and they send me a box of chocolates, but when I say a box I mean it would feed 20 people. Every month I get a full box of German chocolate.

“I really should be 25 stone at this stage, I don’t know why, maybe their trying to fatten me up or something, I get a lot of presents, mugs and little bits of clothing and loads of stuff. I need a lot of space to store it.

Check out where Nathan is playing next at www.nathancartermusic.com