IT’S a Christmas tale many long-suffering parents of young children will be all too familiar with. You traipse round the shops endlessly searching for this year’s eye-wateringly expensive must-have toy, then head home to painstakingly wrap the gift. 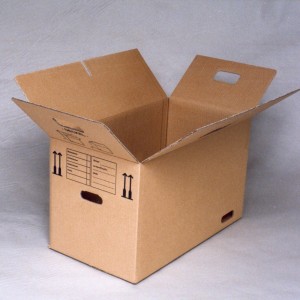 And on the big day? It’s ripped open in a frenzy of excitement – and promptly discarded in favour of the box it came in. New research confirms the packaging phenomenon – with 25% of parents of young kids saying their offspring are likelier to spend more time playing with the box than the toy within.

A survey of 1,000 mums and dads of children aged 12 and under reveals that 36% of presents are never played with after Christmas Day. The most common time for children to get bored of their gifts is 12.23pm on the 25th, just before the Christmas lunch is served.

The study into the amount of playtime children give to toys and games by Toca Boca, found that few presents hit the mark over the Christmas season.

The average child dismisses four gifts within a day. Toys and games that can be completed fared the worst, with board games and puzzles also victims of the short attention span. 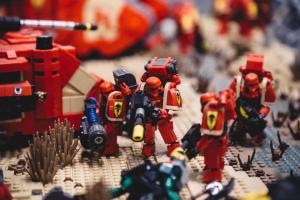 But it isn’t just kids who run out of patience, as almost eight out of 10 parents said they hate reading rules and instructions, with 46% saying it takes the gloss off playtime. Play without rules has been backed by experts and schools, with both stating that it is critical to a child’s development, helping to spark creativity and enhance imagination.

Björn Jeffery, CEO and Co-Founder of Toca Boca, said: “Play is not only a way for kids to quite simply have fun, but it is also a crucial part of their growth and development.

“Toys and games have changed drastically over the years, yet the simple premise of what makes ‘play’ great remains the same – the ability to create your own story, spark imagination, and, of course, have lots of fun.

Professor Lydia Plowman from the University of Edinburgh, who has undertaken extensive research into young children, toys and technology, confirmed:“Apps like Toca Boca have been clever to base their toys on play without rules. This is so important because when it comes to digital games the rules can be overly restrictive.

“Free play is great for learning to understand the world by trying things out without needing to play by the rules. Anything goes – and that gives children the opportunity to explore and to be creative.

“This has more scope for magic and enchantment than rule-bound games. If you bear all of this in mind when selecting Christmas presents for your child then you can maximize the ‘play-value’ of their toys.”

Toca Boca has just launched a new app based on imaginative construction play, entitled Toca Blocks. The world-building app, invites kids to construct their own unique worlds by experimenting with the apps’ transformative blocks. For more information on Toca Boca toys visit www.tocaboca.com.