When it comes to eating out, as a family I wouldn’t say we’re a fussy bunch, but we know what we like…and that’s great food in nice surroundings with good service.

That’s exactly what was on offer at Belfast’s Hawaiian themed restaurant Kua ‘Aina in Victoria Square.

However, despite being Hawaiian themed, what we really loved about Kua ‘Aina was their passion for using local Northern Ireland ingredients to create some of their dishes. 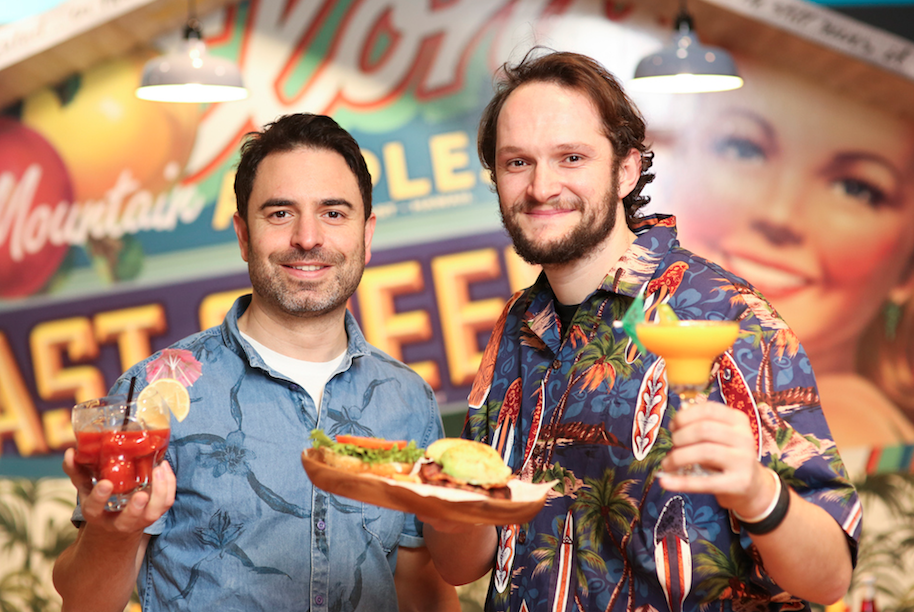 Kua ‘Aina is a colourful, bright and airy restaurant with plenty of space. We felt it had almost a “holiday” atmosphere with a real beach hut feel.

Having fun times with Logan before our meal

What we loved about the service here wasn’t just that the staff were friendly and helpful but that they treated our 3-year-old Logan as a customer. They spoke directly to him, asked him questions and responded to his needs as well as ours.

The service was quick despite being very busy, all in all we were very happy with the service provided.

Being non-drivers, the restaurant being based in Victoria Square means we can very easily grab a taxi or bus from where we live so we’ve no complaints about the location. 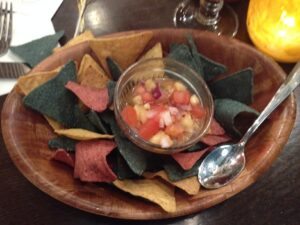 Unfortunately, we didn’t really give the starters a chance on the night we were there, so it would be unfair to judge them on a plate of sharing nachos.

My partner Ciaran commented: “This is one of the nicest burgers I’ve had in town” and I tell you, if he’s impressed you can be 100% sure it’s excellent.

The other thing that Ciaran particularly noted was the fact that choosing a burger without the bun was a standard option on the menu. As someone who always asks for “no bread” he said it was refreshing to not feel guilty about asking, he explained that sometimes asking for no bun on a burger is met with a little disdain.

I personally found the main to be beautiful. We both ordered burgers and they were second to none. I later found out why. Kua ‘Aina’s burgers are a special recipe developed with Dromara butcher Carnbrooke Meats. The burgers are then prepared on the restaurant’s unique lava grill, which offers a quick sear on the burger and locks in all the moisture, delivering a juicy burger on the inside and a char-grilled flavour on the outside.

For those keen on the bun, Kua ‘Aina’s baps are made locally by Belfast’s French Village bakery to ensure freshness. The bap is a slightly sweet brioche-esque recipe which is unique to Kua ‘Aina and has been carefully developed with the bakery to ensure it is consistent with Kua ‘Aina’s London restaurant offerings but still locally sourced.

Logan had the fish bites with chips and they were the meatiest looking (and tasting) fish fingers I’ve ever encountered in a restaurant. He absolutely loved them telling us they were “yummy” when we asked.

We all tried the Kua ‘Aina’s special condiment as well instead of salt & pepper and it’s definitely worth giving it a go on your meal, it brings a really nice extra punch to the meal.

Logan enjoying his fish and chips

Both myself and Logan opted for ice cream for dessert and I’m glad we did. With several flavours to choose from it was absolutely delicious.

There was a nice, fresh selection of craft beers and something for every taste. I went for a beautiful smoothie whilst Logan had one of their locally sourced milk-shakes. The milkshakes are made from Northern Ireland’s own Morelli’s ice cream and average 3 – 4 scoops per pint of milkshake.

Logan getting ready for his meal

The delicious milkshakes gets the thumbs up from the expert !