Music City 2016, the festival where everyone can play, returns to the city of Derry for the fourth year from July 4th – 10th. The festival which attracts thousands of music fans on to the streets of the Walled City will feature hundreds of musical performances across the the city’s squares, neighbourhoods, shops, pubs and clubs. 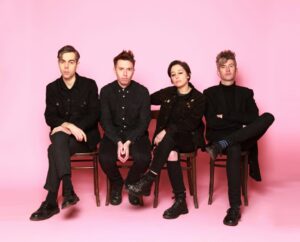 The first wave of acts appearing at this year’s event have just been announced. Headliners include Mercury Music Prize Nominee and Choice Music Prize winner, SOAK, who will play a homecoming gig with her band while THE STRYPES return to the city following a world tour promoting their latest album, Little Victories.

GIRLS NAMES who continue to gain international acclaim bring their sonic distortion and slacker mist to Derry for the first time in several years while one of the hottest acts of 2016, the ethereal duo SAINT SISTER, make their Derry debut. American sensations, THE WILLIS CLAN will wow audiences of all ages with their mix of trad, folk and dance.

Instrumental Dublin rockers, OVERHEAD THE ALBATROSS, known for their intricate yet powerful melodies and energetic stage presence and R.S.A.G, one of the most innovative and astonishing Irish musicians around make the journey north for the festival. Joining them will be one of the most ferocious live acts in Ireland today, BITCH FALCON. 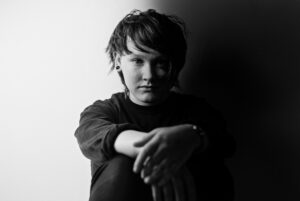 Ireland’s finest songwriters including DAVID KITT and MALOJIAN will join some of the Derry’s finest bands, musicians and singer-songwriters including BEST BOY GRIP, OUR KRYPTON SON, THE CLAMEENS, PADDY NASH & THE HAPPY ENCHILADAS, STRENGTH and TRIGGERMAN at gigs throughout the seven days of Music City 2016.

Internationally renowned pianist RUTH McGINLEY, who has just released her latest album Reconnection will perform a special concert while the saxophonist GERARD McCHRYSTAL returns to the festival for his fourth annual world tour of Derry, playing in a range of community and city centre settings.