A NORTHERN Ireland style event is set to prove that fashion isn’t all about clothing.

The organisers at Belfast Alternative Fashion Week are ditching the fabrics of the high street and designer retailers for one of their forthcoming catwalk shows.

BAFW founder Belfast photographer Shelley Rodgers, 40, has revealed that a wealth of tattooed models are set to take to the catwalk in November to show just how body art can be deemed not only “stylish” but “on trend”.

The event, taking place in November in Belfast, will see alternative models from across the UK and Ireland converge on the catwalk to display striking images from creative gore and special effects shows to alternative fashion and lifestyles.

Shelley, who is also founder of Equal Fashion Magazine, says she’s looking forward to showcasing some of the model diverse models and lifestyles Northern Ireland has to offer.

She added: “As well as having a number of heavily and moderately tattooed models we are also having London based and global award winning bodypainter, photographer, make-up artist and designer Victoria Gugenheim who will be creating some edgy, striking artwork on our models for one of the shows.

“We wanted to show that Northern Ireland was more creative and not as mainstream as our current fashion industry might lead people to believe.

“We decided that showing body painting and tattoos in the same event it would show people how body art is a widely used method of creative expression, whether you prefer a permanent or temporary display of your creativity.

“Both body painting and tattooing have come on leaps and bounds in recent years with the advances in technology and styles.

“To show them together in the same event will be like going to an art gallery and watching a fashion show all in one.”

Shelley and her team (Kieran Sherry, Amy Rachel Clarke and Christine Lynne) at Belfast Alternative Fashion Week are so passionate about showing model diversity and creativity that they’ve even chosen a heavily tattoed model (Heather McLean) as the face of their sister company Ace Models.

“After we saw Heather’s photos by Peter Bennet and the make up by Amy Rachel Clarke, coupled with her striking and beautiful look there was no competition” said Shelley.

“Heather met all the criteria, she had everything a model should with the added edge.

“She is attractive, stylish, artistic, rebellious, contemporary and a healthy, positive outlook on life.

“We couldn’t have asked for more.

“The uniqueness that Heather brings is that she’s not the standard, not the usual, not the same old same old.

“She is what we see more and more everyday on the street that’s not being highlighted in the mainstream fashion and beauty industry here in Northern Ireland.”

Heather will be one of many models taking part in the first Belfast Alternative Fashion Week in November.

And for artist Shelley she says there couldn’t be a more perfect place to hold the body art show than Crumlin Road Gaol, who she’s currently in talks with.

“To hold the first ever tattoo and body paint catwalk show in Northern Ireland at an infamous prison has a really interesting quality to it.

“With prisons being a kind of birth place of sorts for modern tattoos in a time when tribalism and your tattoo was more of a gang badge or warning, a tough guys intimidating war paint if you like.

“Now it has transformed and evolved into a truly beautiful form of art attracting rather than repelling the general public to its finesse and splendour.”

Keep up to date with Belfast Alternative Fashion Week in November at www.facebook.com/EqualFashionMagazine. 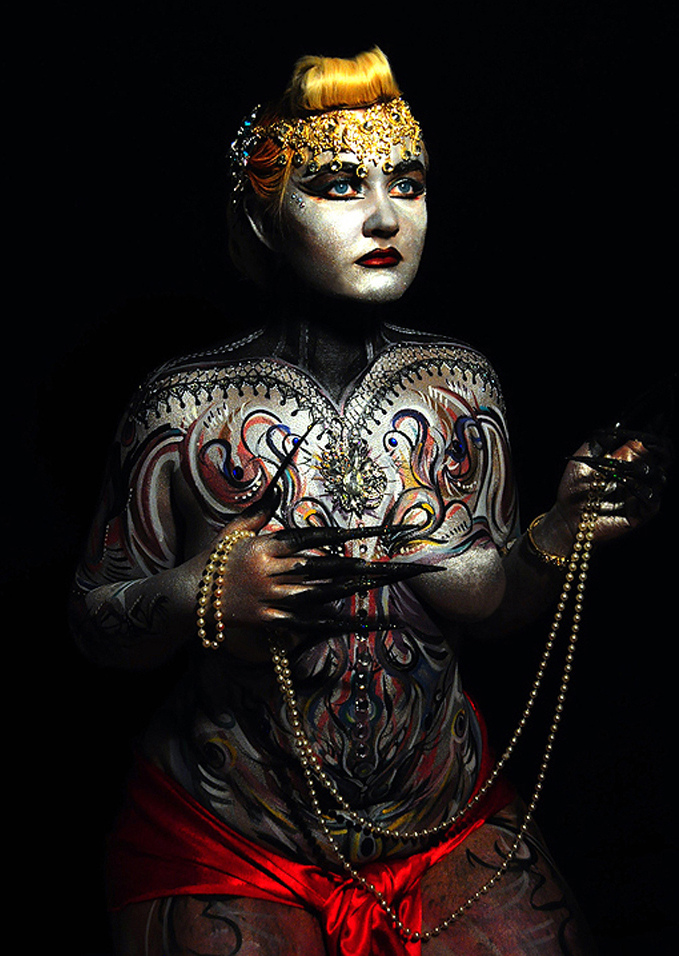