THOUSANDS of people will descend on Belfast’s City Hall on Monday for an anti-austerity protest.

Representatives from a wide variety of organisations and groups will take to the mic as part of a UK wide event.

Organised by local group Awaken NI the rally will run from 2-6pm as a “stand against constant austerity measures being implemented upon us by the Tory Government”. 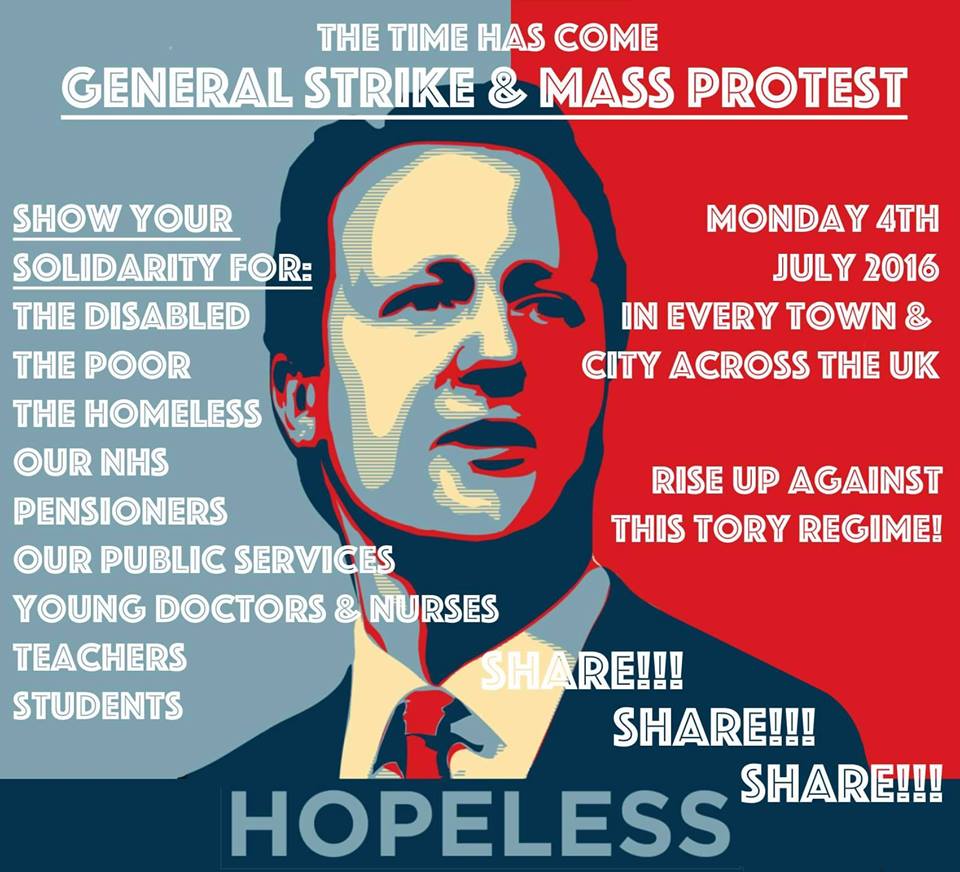 Activists from Awaken NI will highlight issues such as government corruption and how austerity negatively affects people of all walks of life.

Lee from Awaken NI said the event is about ordinary people “having their voice heard”.

He added: “Enough is enough.  If we don’t make our voices heard soon it will be too late, the poverty rate continues to rise daily in the UK and it’s clear to everyone now that the politicians work for the elite and the corporations, they no longer serve the people, they constantly work to line the pockets of the rich while pushing austerity on the working class.”

Speakers on the day will include many individuals passionate about a range of subjects from climate change and Brexit to human rights.

One speaker, John Paul Patton, a teacher from Lisburn will be speaking about how community cooperatives and initiatives like the Cauldron Community Ecovillage project can provide a source of empowerment for people.

He explained: “The current political system does not serve its people as it should and people need to make a stand.

“I think this event is one of many things happening that are part of an information revolution. Feet on the street is still the most vital form of political and social protest.

“While Brexit is the immediate crisis, Climate Change is a bigger one that government are refusing to take seriously, though it poses the greatest current threat to our entire species-time for change.” 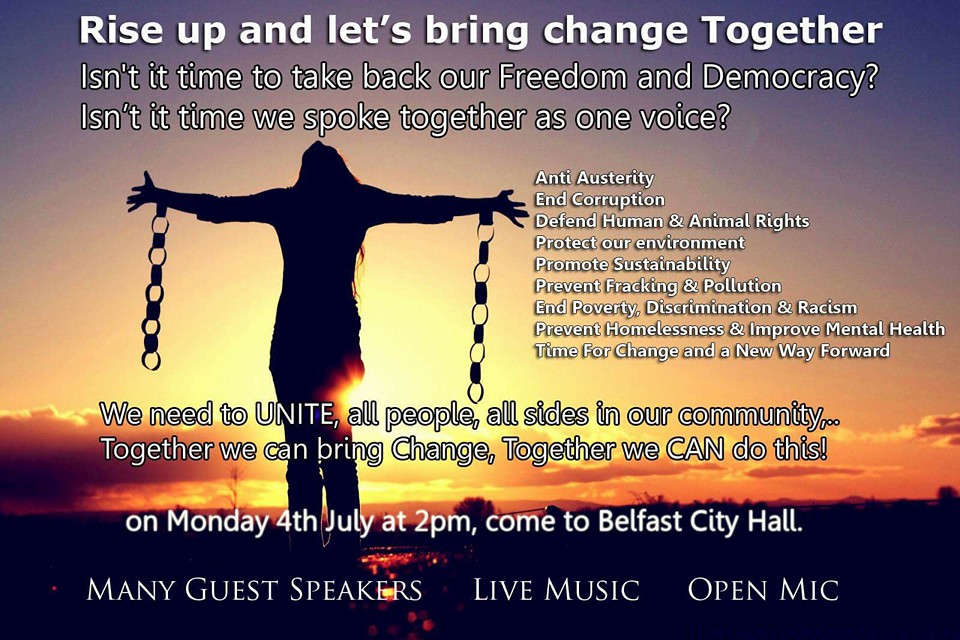 And on the issue of climate change, London writer and poet Richard Deboo will be addressing that very subject at the rally.

The speaker, who now lives in Lisburn, said: “Climate change is a profoundly important issue that affects us all, and which becomes more and more urgent. We have got to change our society to limit the damage.  We have already lost too much time.  The time for us to change is now.

“In these unpredictable, tumultuous times, it’s really important that we come together and demonstrate that we understand not only what has gone wrong with society but that we do have the answers to put things right, and to show our elected representatives that they have got to listen to us, and put into action policies that support everyone in the community.

“There are going to be so many voices speaking on such a wide range of topics – all of them important issues that affect people in different ways.

“I’d encourage everyone to come along and hear those voices because that will show that no-one is alone, that we do understand each other and that there is a way forward from the mess that our professional politicians have led us into… the way out is for all of us to come together and work together.”

Awaken NI’s anti-austerity protest and rally will take place at Belfast City Hall from 2pm on Monday July 4.  There will be a number of speakers as well as entertainers taking to the mic.  For more information log onto www.facebook.com/events/802782526525461.