BELFAST’S Alternative Fashion Week is firmly putting its stamp on the world of diversity modelling.

Having already revealed that not only will their forthcoming shows include heavily tattooed models and a gore/horror segment they’ve taken it one step further.

Organiser and photographer Shelley Rogers said the team behind the inaugural Belfast Alternative Fashion Week scoured the country and further afield for models that “captured the very essence of diversity and empowerment”.

And whilst many local models who match this description will be taking to the catwalks, Shelley and the team said one woman made a massive impression on them.

She added: “Stacy is colourful, vibrant, strong, charismatic and incredibly beautiful.  Her striking pictures celebrating her disability took our breath away.  She’s exactly the type of person we want in our shows.”

She explained: “My disability is pretty recent in the grand scheme of things, I was 23 when I had my first operation to remove my big toe due to necrotising fasciitis and my first stint on life support.

“That was a pretty hairy time as doctors didn’t think I would make it through but I did.  For the next three and a half years I was in and out of hospital every three or four months having toes and bones and infection removed – the only way to describe that is that it was pretty brutal.

“It was tough for me because I felt like I was sort of stuck in limbo, I couldn’t really make many plans because the second I did, the infection flared up again.  In 2012 I had another really bad bout of infection and realised it was time for the leg to go.

“Unfortunately that landed me on life support for a second time but I powered through that, marched through the physio surprising everyone and started to get back to normal, until it started in the other foot.  I said from the word go I wasn’t waiting as long and if it started repeating I was going to opt for another amputation.

“I didn’t know at this point that I had a second infection called osteomyelitis which was eating through the bone so it ended with my heel bone snapping off in 2014 and that was when I had my second leg amputated.”

Despite her horrifying experience Stacy is positive and upbeat about where she is in her life.  She believes being able to survive such a trauma relies very heavily on having the right mindset and support network.

“The fact I lost my legs doesn’t bother me in the slightest” she said, adding: “I’m still here and I’m doing much better.  What I went through taught me a lot about myself and proved how strong I was.  I had 24 operations but I took all the positives from it.

“The toughest bit for me was constantly being ill and not feeling like myself, my hair was falling out from all the drugs, I constantly felt tired and sick, but I knew that had to end at some point.  The way I saw it was that I could either sit and cry and wallow in self pity or I could get up and face all the challenges that came my way and knock them out of the park,  chose the second option.”

And against the odds not only is Stacy studying to be a scientist but she’s also living her modelling dream.

“I’ve been modelling about 18 months, I still find being called a model weird but I enjoy doing it.  I started doing it because there weren’t people like me around, in America sure there were a few amputee models but in the UK it seemed to be unheard of, so when I was asked to be involved in a small art project I did it and then just kept going and got my story out there.

“The biggest challenge is that agencies and advertisers still look at disabled models as a bit of a gimmick for the most part. Although this is beginning to change, it seems that a lot of people hiring only look for disabled models if it’s a specific and not just as a model, I remember one of my first interviews an agency boss had been quoted as saying ‘we don’t get asked for disabled models’, they were completely missing the point.  Why does having a disability mean you can’t be viewed as any other person going to a casting?

“That’s why I got involved with the alternative community, they have been absolutely fantastic and so accepting of me as a model.  Unlike mainstream modelling, it’s your differences that make you special and I love that.

“Being quirky or unique is embraced with open arms and I have had so many lovely messages and so much support.  I think I look at ‘alternative’ as just being who you are and not trying to conform or fit into a mould, to me it’s more normal.”

When Stacy heard about Belfast Alternative Fashion Week she was keen to get involved.  Taking place from November 15-17 with more dates to be added in venues across the city such as Crumlin Road Gaol, Queen’s University, Titanic Belfast and the Europa Hotel, Stacy will be one of a whole host of diversity models taking part.

She said: “When I heard about Belfast Alternative Fashion Week what really appealed to me was that not only were the organisers celebrating diversity in all its forms but also with a real creative twist.  Everything they were talking about was everything I loved about the industry.

“I think it’s incredibly important that events like this are run regularly.  I’ve said so many times that I think people want to see a showcase of people that represent the diversity that’s out there and these events will do exactly that.

“There are so many stunning models involved and the fact that they come from all walks of life, tattooed, pierced, tall, petite, plus sized, black, white, brown or purple polka dotted, male and female and we’re all celebrated for being exactly what we are is a positive societal message to people.”

Keep up to date with Belfast Alternative Fashion Week from November 15-17 at www.facebook.com/EqualFashionMagazine or by clicking HERE. 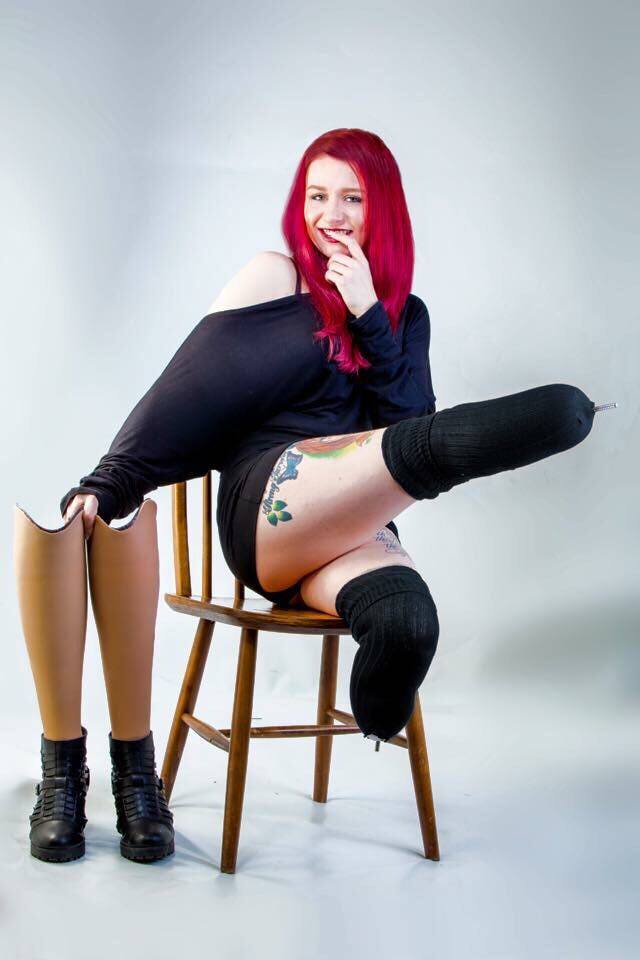