It was confirmed that the Game of Thrones cast received their Season 7 scripts almost two weeks ago, followed by Arya Stark actress Maisie Williams tweeting “nothing will prepare you for this”.

Last week cast members landed in Belfast in preparation for filming the next season of the hit HBO show which is due to be aired in the summer of 2017.

A fan recently posted a snap on Instagram of himself in Belfast city center with Sophie Turner and Maisie Williams, who play the Stark sisters Sansa and Arya in the series.

Meanwhile, Jaime Lannister (played by Nikolaj Coster-Waldau) was spotted on Great Victoria Street and stopped for a photo with a fan. 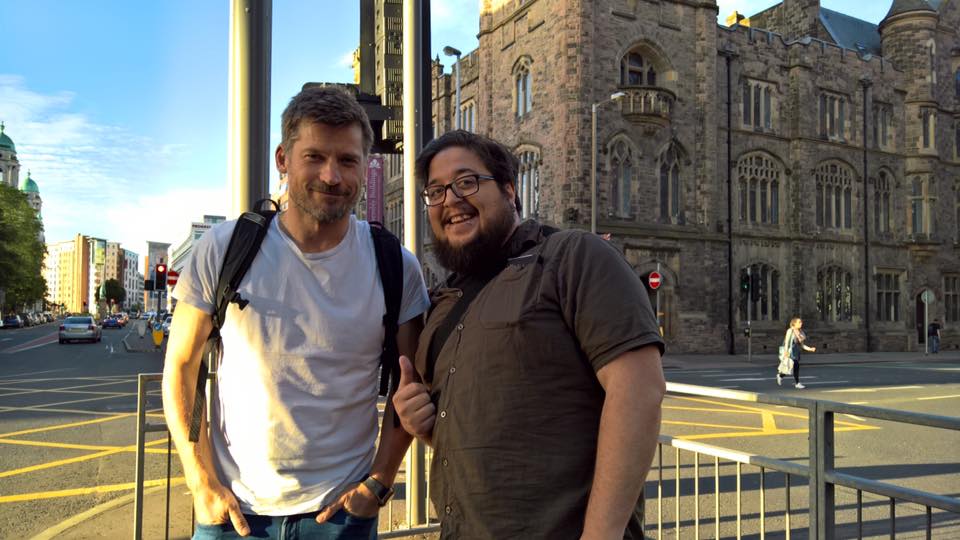 Isaac Hempstead Wright, who plays Bran Stark, also took to Twitter last Thursday to let us know he was glad to be back…

Aw, we missed you too Bran. Even if we do still hold you responsible for killing Hodor. #holdthedoor #stillnotoverit

But most rumour-inducing for fans was actor Jason Momoa AKA Khal Drogo posting a pic on Instagram last week of him and showrunners David Benioff and Dan Weiss partying in Belfast (below right). This has caused huge speculation over the possibility of Khal Drogo’s return to the show, which was cryptically foretold by the witch in season 1.

Cheeeeehhoooooooooo. @Guinness in Ireland. Drinking mothers milk With my brothers @captainriff dan and david. Love ya GOT greatest show on earth ALOHA DROGO

This could potentially be very bad news for Daenerys Targaryen, who is played by British actress Emilia Clarke. She may be reunited with her Dothraki husband in the Night Lands as prophesy suggested, but this would also mean her death in the next season and the end of the Dragon Queen’s reign.

Needless to say GoT fans are in a right flap about it, and Utopian visions of a Stark-Targaryen-Tyrion throne-sitting situation have been shaken.

There will no doubt be more rumours to come as filming progresses, not that they can compare to last year’s Jon Snow question, but let’s throwback to that time I spotted Jon Snow (Kit Harington) having a mid-week beverage with Ramsay Bolton (Iwan Rheon) in Belfast when he was actually supposed to be “dead”.

Of course, Kit declined to talk about his character but instead shook my hand and made a rather complimentary remark about my hair…clearly attempting to divert attention away from the fact that he’d just been on set filming his resurrection. The charmer.