Irish actor Fintan McKeown, best known for his supporting roles in Immortal Beloved and Waking Ned as well as guest appearances in Star Trek: Voyager, Hollyoaks and Game of Thrones, caught up with #ThroneWatch recently to talk about his career and why it’s way more fun to play the villain than the good guy.

Taking on the role of Ser Amory Lorch in Game of Thrones season 2, Fintan did a great job of portraying the Lannister-loyal knight who was eventually taken out by Jaqen H’ghar at Harrenhal.

He continued: “I miss playing Ser Amory because I don’t think he was wholly developed in the other aspects of his character. He is an angry man but he loves children and animals…for dinner!”

Despite playing a character whose historical ‘feats’ include the murder of three-year old Princess Rhaenys Targaryen, Fintan prefers taking on the juicier roles of the bad guys. 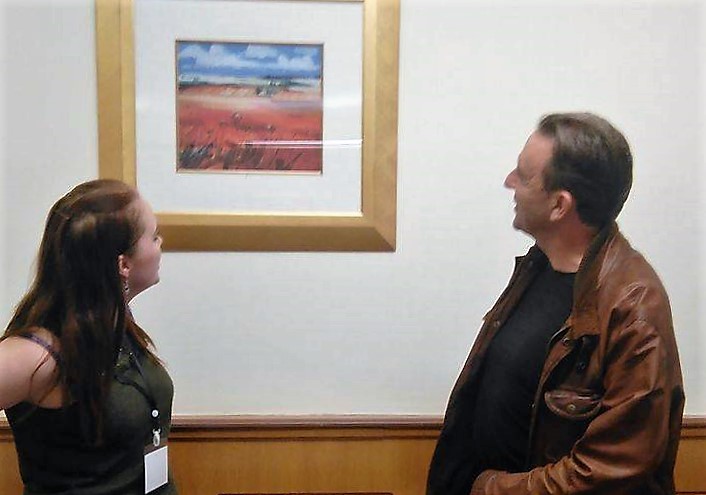 “I prefer playing anti-heroes; ever so slightly heroic but who have an element or an aspect of some hope in them, some ability of redemption. Jaime Lannister is one of my favourite characters.” he said.

And apparently, Game of Thrones show runners like to throw the cast in at the deep end when it comes to all that sword-wielding and horse riding.

Fintan said: “My favourite scenes were on the horse. I didn’t say I could ride but they sent me for lessons. They pretty much just said “You’re going”.”

Along with several other former Game of Thrones cast members, including Kerry Ingram and Ian Beattie, Fintan is now starring in brand new series “Barbarian’s Rising”.

Fintan as Ser Amory Lorch in Game of Thrones

“I haven’t seen Barbarian’s Rising yet but its like Game of Thrones meets the Bible. I’m also doing an audio version of a series called Survivors about the last of the human race.” he said.

But when it came to naming the person he would most like to see on the Iron Throne, Fintan remained ambiguous: “I can’t say.” he said.

Catch Fintan in Barbarian’s Rising on the History Channel: www.history.com/shows/barbarians-rising