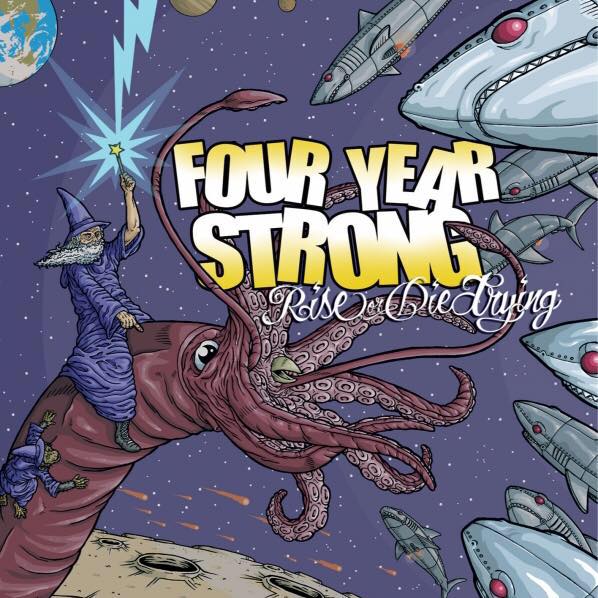 The group is from Worcester Massachusetts and formed in 2001, consisting of vocalists and guitarists Dan O’Connor and Alan Day, bassist Joe Weiss, and drummer Jackson Massucco. They have released five studio albums; their recent self-titled album was released on June 2, 2015 through Pure Noise Records.

The band have done multiple national tours, sharing the stage with bands such as The Starting Line, Slip On It, Hellogoodbye, From First to Last, Every Time I Die, Meg & Dia, Hidden in Plain View, Alexisonfire, All Time Low, Blink-182, Mayday Parade, New Found Glory, Bayside and Steel Train.

Four Year Strong toured in February–April 2009 as part of the Taste of Chaos tour, and have also joined the Warped Tour. Tickets on sale Friday 11 November at 10am from www.shine.net, www.ticketmaster.ie Katy’s Bar & Ticketmaster outlets nationwide. Northern Ireland customers 0844 277 44 55 & Republic of Ireland customers 0818 719 300