The organisers of the 13th United Airlines Belfast Nashville Songwriters Festival have unveiled the first six concerts to be held next year.

Panarts director Colin Magee, along with Belfast blues powerhouse Kaz Hawkins and Bangor songwriter Sam Wickens revealed the first six acts to be taking to the stage for the festival which runs from March 1-5, 2017.

Locally known as ‘BelNash 2017’ the event will see the return of many award-winning artists. Running across five days the Clayton Hotel in Belfast and the Empire Music Hall will host over one hundred local and international artists in thirty concerts.

Paul Brady, whose songs have been recorded by Tina Turner, Cher, Carole King and Eric Clapton will be joined on stage by Declan O’Rourke and Nashville’s Grammy nominated Darrell Scott, whose songs have been covered by Brad Paisley, Patty Loveless, Guy Clarke and most recently Beyoncé at the CMA Awards.
Giving local artists a stage to shine on, Belfast’s own Kaz Hawkins, Peter McVeigh and young rising star Ryan McMullan, fresh from touring with Foy Vance, are also set to appear.

Fan favourite Kimmie Rhodes, best known for her duets with Willie Nelson will also be returning to Belfast after her worldwide tour and recording time with Mark Knopfler, Emmylou Harris and Trisha Yearwood. 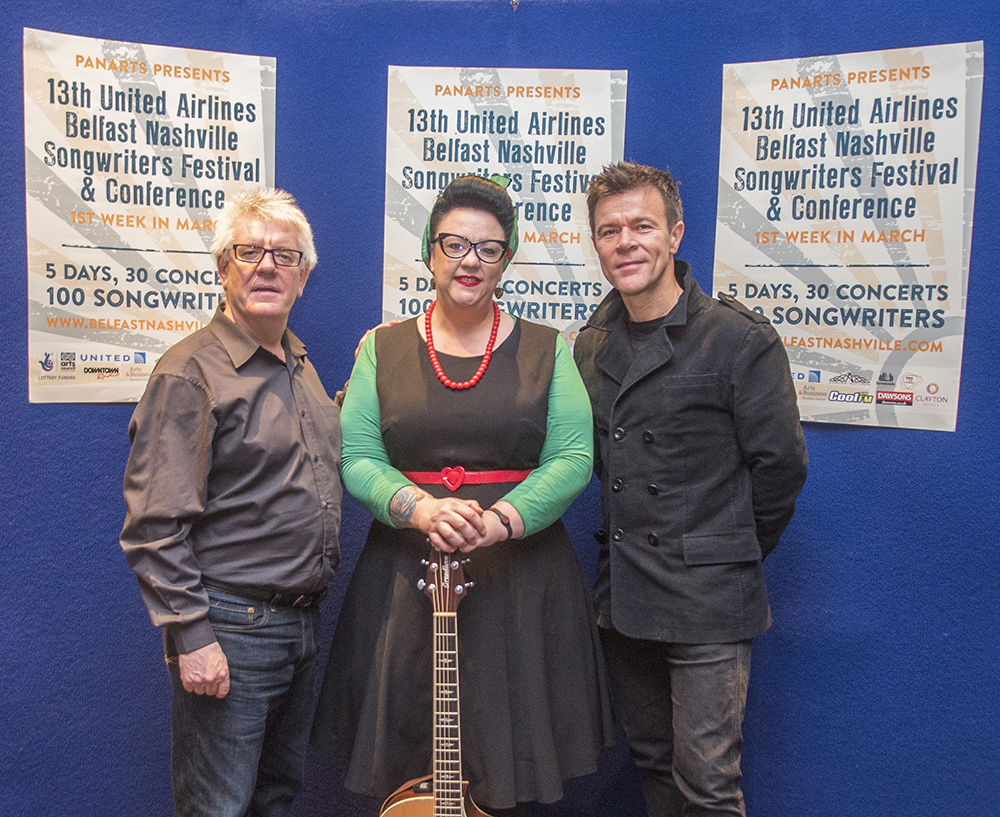 For 2017, there will be some new faces, including Mac McAnally, one of Nashville’s most successful writers, who will be performing two shows. With numerous hits to his name, Mac is set to be one of the many highlights of the Festival.

Panarts Director Colin Magee said: “When we started out twelve years ago to shine a spotlight on the creative and musically gifted local artists, very few could find a venue to perform their original songs. Now Belfast is brimming with music venues and world-class talent. BelNash 2017 will feature many ‘Songwriters In The Round’ events, our trademark style of performance at the festival where we link emerging local artists with more established international award winning performers.”

Alongside the thirty concerts, Belfast’s largest music industry conference, the Panarts Song Writing Convention, will host huge artists over two days who will share their song-writing skills with new and emerging local talent. Music industry organisations such as PRS for Music, IMRO, BMI and Help Musicians NI will be on hand to answer questions about collecting royalties, copyright, income streams for artists and recording and selling music.

Tickets for the first six concerts, All Concerts Gold Ticket and the conference, 13th Panarts Song Writing Convention are on sale at www.belfastnashville.com. Telephone 028 9024 6609 or at the box office, Visit Belfast Welcome Centre, Donegall Sq North.

Paul Brady, Declan O’Rourke & Darrell Scott in the round