Northern Ireland boasts countless links to Game of Thrones – the hit HBO TV series that has taken the world by storm over the past six years – but The Cuan Guest Inn, Strangford has held a special connection with the show right from the beginning.

In 2010, The Cuan hosted several of the shows main actors as they filmed the original season 1 scenes in nearby Castle Ward, which is now instantly recognisable as Winterfell, the home of House Stark.

Through these connections, owners Caroline and Peter were given the opportunity to go on-site at Winterfell Castle to watch the filming of various scenes.

This week, #ThroneWatch was invited to experience The Cuan’s unique “Winterfell Package”; a Game of Thrones inspired dinner, overnight stay and breakfast that allows fans to fully immerse themselves in the world of Winterfell.

On arrival, it’s easy to see why the cast chose The Cuan for accommodation, food and drink during their heavy filming schedule. The main lounge welcomes guests with traditional country decor, a crackling fire and an equally warm atmosphere.

A key reason to visit The Cuan is to see the impressively carved “Door of Thrones” – one of ten doors created from the timber of fallen trees from the Dark Hedges that mark each episode of Game of Thrones season 6.

The guest inn was selected by Tourism Ireland to be the location of the first door due to its close association with the show as well as their fantastic range of GoT dining experiences. This door marks Episode 1 of Season 6 and the intricate work definitely needs to be seen to be fully appreciated.

Prior to our evening feast, Throne Watch was keen to work up an appetite by exploring the iconic filming location of Winterfell Castle in Castle Ward.

Just half an hour from The Cuan, the walk to the location is an experience in itself: strolling along the cusp of Strangford Lough, visitors are able to take in the beauty of vast country landscapes and rustic woodland. It was hard to believe we were less than an hour and a half from Belfast City Centre!

Game of Thrones fans will undoubtedly be reminded of some iconic scenes as soon as Winterfell Castle comes into sight: the courtyard where Jon Snow, Rob and Bran Stark practiced archery, the area where the Stark family gathered to greet King Robert Baratheon and the tower where Bran fell from, to name but a few.

Numerous other filming sites can be explored nearby including Rob’s Camp, the Lannister Camp and Baelor Battlefield. And yes, you can book your very own archery session through Clearsky Adventure Centre with “Jon Snow” himself!

In the true spirit of Game of Thrones, The Cuan offers a “King’s Banquet” for larger groups of visitors which is the perfect end to a day at Winterfell. As part of the Winterfell Package, Throne Watch enjoyed a mini-version of the banquet back at the guest inn.

With immense attention to detail, our table was decorated in true Medieval style complete with Stark banner, candles, commissioned GoT replica goblets and even eating slates embellished with icing sugar direwolves.

The hearty menu is a real winter warmer. Starting off with crusty freshly-baked bread and Medieval Pease Porridge, I was surprised by how such a simple recipe could be so satisfying and full of flavour.

Our main course of cod cakes on a bed of winter squash and honey roasted chicken with roasted onions in gravy was delivered on a carved piece of wood, and the Game of Thrones-esque atmosphere was complete with snippets from the books (“A Song of Ice and Fire” by George R.R. Martin) to correlate with the menu: “Ben Stark laughed. …He snagged a roasted onion, dripping brown with gravy, from a nearby trencher and bit into it. It crunched.”

Dessert was a Sansa Stark inspired dish of iced blueberries in sweet cream with sweet biscuits; a delicious finish to a meal that left us with room for nothing more except a few swigs of wine.

That night we slept in the same room that Catelyn Stark (Michelle Fairley) stayed in during season 1 filming. Spacious but cosy, The Cuan’s four star reputation is due in part to its cleanliness as well as its attentive staff.

The following morning we had the pleasure of being served our breakfast by Colman Rooney, a much-loved 86 year old member of staff who is a huge part of The Cuan’s charm and warmth. With countless fascinating stories to tell, Colman (also known as “The Oracle”) made our stay in Strangford one to remember…make sure you pop in and say hello from #ThroneWatch if you’re passing through!

For me, the Winterfell Package breakfast at The Cuan surpassed even the dinner. Just like Catelyn Stark, we enjoyed hot bread, butter and honey and blackberry preserves, a rasher of bacon and a soft boiled egg, a wedge of cheese (cut into the shape of a Direwolf, of course!) and a pot of mint tea.

It’s hard to think of a better way to start a cold winter’s morning, especially when you can wrap up in The Cuan’s very own House Stark costumes while you indulge!

Delicious food isn’t the only way The Cuan honors Game of Thrones. Their unique and exciting Game of Thrones Murder Mystery Night this year was a huge success and the next one is set to take place 10 June 2017.

Conducted by four professional actors, parties of 50 or more will have the opportunity to watch aspects of a mysterious Game of Thrones murder and the events surrounding it. They will then be able to cross examine “suspects” and try to solve the crime.

The Winterfell Banquet will be served throughout the course of the evening. An ideal event for any Game of Thrones fan, this special night promises to be full of thrills and surprises! For more information and to book, check out www.thecuan.com/game-of-thrones.

There are a number of unmissable events in Strangford Village coming up including The Carol Ships (2-3 December); a stunning festive celebration that will see the Strangford Ferry adorned with Christmas lights, market stalls, face painting and on-board carol singing.

Check out the full list of exciting events at The Cuan and surrounding area here www.thecuan.com/category/events.

Having trawled Northern Ireland for Game of Thrones activities and fan sights over the last year, Throne Watch gives The Cuan our Stark mark of approval.

It is very clear from the moment you arrive that owners Caroline and Peter put a sincere amount of effort into making The Cuan a unique and friendly place to stay and dine. They are continually seeking to add to their fantastic service, and this passion and attention to detail are what sets them apart from many in the industry.

Don’t miss out on experiencing Winterfell in a highly personal and memorable way – this is as close to the action as you can get! 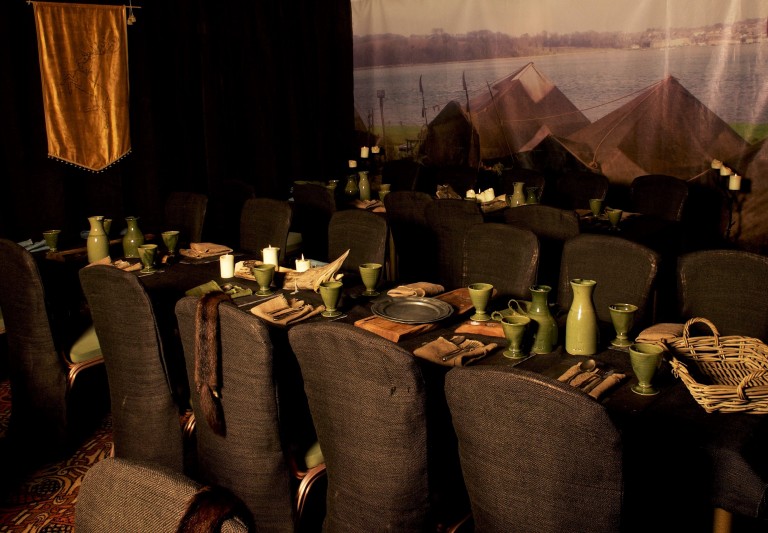 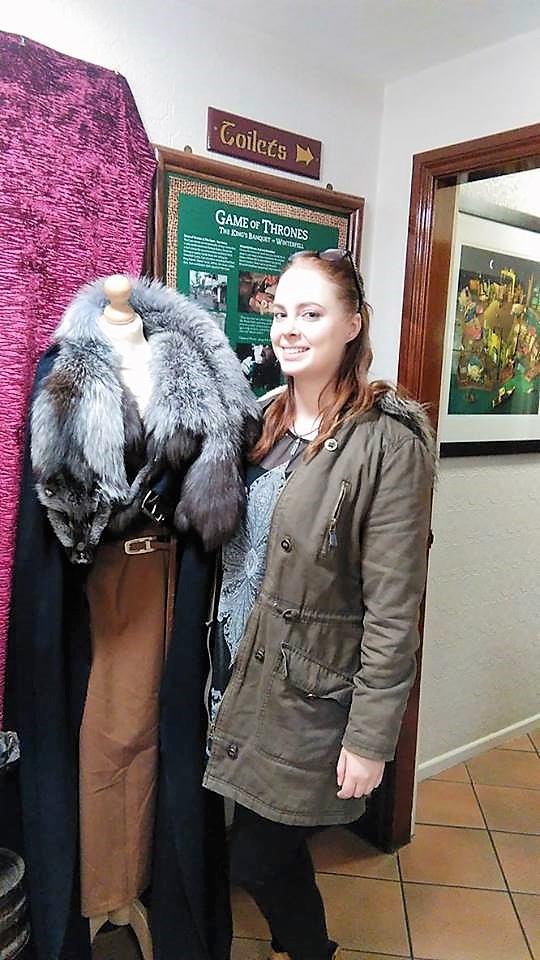