2016 was certainly an eventful year to say the least – global political upheaval, the rise of Artificial Intelligence (AI), and issues such as “post-truth”, revived nationalism and technological unemployment all took centre stage.

So, given this massive social stir-up, what’s in store for 2017? It turns out there are now ways and means to predict future trends and get an insight into what the next year could look like. Call it calculated clairvoyance, if you will.

The Fast Future Publishing team have turned their thoughts to the future and dipped into their recent books on The Future of Business and Technology vs Humanity to identify the potential scenarios that we could see emerging and evolving in 2017. If you prefer surprises, look away now.

The traditional shopping model was subverted as the Amazon Go concept store was rolled out across the US.

The stores saw roaring trade, with customers spending much higher amounts than they normally would and Amazon’s more traditional competitors forced into a near permanent ‘black Friday’ mentality of continuous discounting.

Faced with continued uncertainty over the price, availability and environmental impact of fossil fuels, 2017 saw a record number of nations powering themselves with renewable energy for at least part of the year.

Despite invoking Article 50 in the spring, the UK government is blocked at every turn by a string of legal challenges that hamper progress. Negotiation priorities are increasingly split between securing a sensible agreement from an economic perspective and “protecting” the political face of the EU.

The “UK question” hyperbole was increasingly used by both sides in several national debates – from garnering support by claiming to represent the political will of the UK electorate on the one side to scaremongering on the risk to the UK economy and the European project on the other.

Holographic versions of David Bowie and Prince go on tour. A student team was able to generate new stage performances for these and other artists using previously unreleased tracks and composite digital imagery.

A crowdfunded campaign raised enough money from fans to finance a global tour for Bowie and Prince.

Holograms of the stars toured the planet, occasionally doing duet gigs together. The use of Virtual Reality and Augmented Reality allows for viewers to purchase VIP and Platinum VIP passes that put them in the front row on even on stage for the performances.

Will They or Won’t They Wildcard Wagers

The tumultuous events of 2016 sparked a rise in public event betting markets, with 2017 becoming the year of the wildcard wager.

Betting shops saw an incredible rise in bets being placed on all manner of events from animals escaping zoos to the sudden collapse of buildings. A new breed of AI-based betting companies emerged which even allowed us to bet on the life expectancy of an individual. 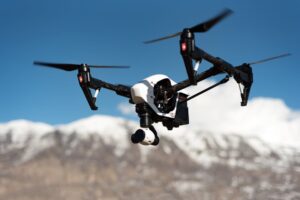 These companies draw on social media and “permissioned access” to personal data to determine your life expectancy. Those who give permission for their personal data to be accessed by the betting companies can then share in the proceeds of the bets on their life.

While regulators were called upon to question the ethics of betting on life or death scenarios, advocates saw the potential for public engagement through such betting, and single interest political groups arose around the potential outcomes of specific events.

Online political networks surrounding betting events were created by disparate groups; individuals identifying as will-happen or won’t-happen. This saw sudden huge surges of political activity and engagement, which dropped off drastically after each such event.

Following the hype phase of 2016, real applications started to emerge in the form of intelligent assistants on our smart phones to medical decision support tools.

Cash-strapped governments turned to AI for the automation of a range of functions from processing student loan applications to handling divorce adjudications.

Both governments accelerated the process of regulatory change to allow fully or semi-autonomous cars, trucks and buses onto roads across their nations in 2018.

Masters of the Universe

The major technology players such as Google, Baidu, IBM and Amazon continue to pull away from the pack with ever-more sophisticated technology applications.

These range from super intelligent “brain in the cloud” solutions to extract insight from the wealth of data being created by the Internet of Things, to smart assistants managing our daily lives and instantaneous translators covering over 50 languages.

The use of new smart technologies, coupled with increasing automation and the termination of “non-viable” activities by large businesses, sees unemployment rising across a range of sectors in countries around the world.

The impact is felt in areas as diverse as theatre attendance and private school enrolments through to the purchase of new cars and holidays.

Rohit Talwar and Katharine Barnett are from Fast Future Publishing, which publishes books from future thinkers around the world to explore how developments such as AI and robotics could transform existing industries, create new trillion-dollar sectors and reinvent business over the next decade. See: www.fastfuturepublishing.com