If you haven’t heard of comedy harpist Ursula Burns you are seriously missing out.

There’s one thing Belfast musician Ursula does well and that’s be memorable.  In fact you’ll never forget hearing her at an event.

Despite being best known for her hilarious harping, Ursula is also a fantastic composer.

How did you get started in the industry?
“I never had a plan. I am not sure I have started yet! I never had any lessons. It was the school of what should I do next?
“I started touring with my mum in the 80s and then ran away to join the circus – then I ran away from the circus and joined a horse drawn theatre company.
“I think I have been running away ever since. I didn’t notice I was in an industry – I think of factories when I think about that word. I write songs – la la la la doesn’t seem very industrial.”

What genre / style do you create in?
“I have trailed my harp through, theatre, circus, music, comedy and five solo albums! The style is mostly Danger!”

What would you be best known for?
“A Harpist – I am the F&*king Harpist!!” 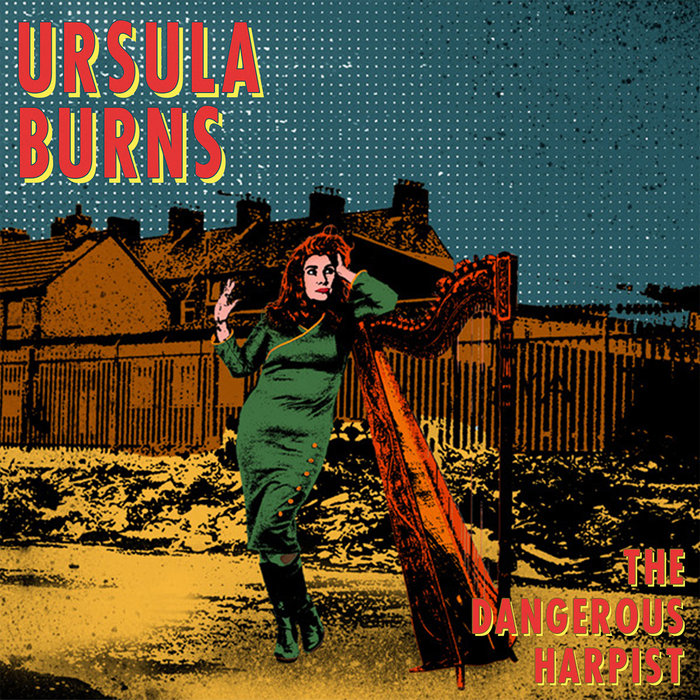 What would you consider to be the biggest lesson you’ve learned in your industry?
“I still feel like I make mistakes. I’m not really sure how anything works. I say Yes and I say NO and I never get a guarantee I have made the right decision.
“I turned down Riverdance 20 years ago and lately Britain’s Got Talent keep contacting me but I say NO!
“When a TV company asked me to present a show on weddings I said ‘come back when your doing one about divorce’.
“I let my gut instinct run the show. I am not a networker and when I play Edinburgh festival I must be the only person who does not network.
“I respond to my messages and say yes and no and I keep moving.  When there is no work I make something up.
“I learnt how to say no and that is the most important word in my vocabulary.”

What has been your biggest challenge to date?
“This year my harp fell off the stage and smashed.  I’ve been left without a harp as I get a replacement built in Paraguay.
“I was hoping it would be here by now but hopefully early this year.
“The biggest challenge I had was to turn down all my regular money making work and try to keep going.
“Luckily I got a commission to write songs for the Gingerbread Mix Up at the Lyric Theatre. That job really saved the day.”

Tell us a little about your personal life, are you married, kids, hobbies etc?
“I am Divorced – I have one son and he just turned into a teenager recently. I can’t believe it.
“I explore lots of things – I have an interest in all things spiritual and like searching for truth about what is really going on.
“I am missing yoga after practicing for 20 years, presently I have to take a break because of a back problem but I like to swim and cycle now instead.
“I love nature and take any chance I can get to escape where there are no people.
“The sea recharges me, my grandfather was a fiddler from the mountains in Donegal – I go there.
“If I can’t get there I go for a seaweed bath at soak and a bowl of chowder on the way home.
“And I love a wee trip to any car boot sale and playing vinyl records of Hawaiian music.”

Tell us about your most recent work?
“I started 2016 finishing 41 performances of Little Red Riding Hood at the Lyric. Then I wrote, recorded and self -released an album by May, then wrote and performed a comedy show at Edinburgh festival in August. After that I wrote a score for Maria Connelly’s White Witch and The Gingerbread Mix Up which recently ran at the Lyric theatre.”

PLUG!
“The Dangerous Harpist.  Have you got the album? If so put it on and turn it up to 10  – If not go to the bread and banjo bakery on the Ormeau Road or download it and turn it up to Ten!
“It was produced by Michael Mormecha and happens to be the most dangerous harp album in the world.”

If you had to describe your work to someone who has never heard of you what would you say?
“I like to break the stereo typical image of the harp. I like to take the harp to where it doesn’t normally go.
“I am a songwriter but my harping is dangerous!”

What’s the funniest experience you’ve had in your business?
“I keep getting mistaken for the president of Rank xerox  – she has the same name! Hillary chose her as one of her cabinet members during her campaign . I don’t know if I laughed but the Italian government tagged me by accident in a wiki leaks document.
“My name was next to Bill Gates on the list I had to write to them and tell them they had the wrong Ursula! After I wiped the perspiration from my brow I think I remembered to laugh. I’m not sure comedians find real life that funny.”

What would your advice be to young people hoping to pursue the same industry?
“Be self employed  – the arts – not so sure thats a great idea but defiantly be self employed at what you love to do.”

Anything else you want to tell people about yourself or your work?
“I have been self employed for around 25 years. I have toured around the world, made five albums, wrote lots of music for theatre and circus and spent four years on the comedy circuit.
“Music is about passion and self expression
“I have never ever practiced a scale!
“I think when I am 60 I am going to be ready to take a lesson on the harp.”

Who do you look up to and why?
“I liked Leonard Cohen. He locked himself in his tower of song and he often spoke about that experience.  I also spend a lot of time there. It can be a liberating place and it can be a prison.
“He said the monks polish each other like pebbles in a bag and you got the feeling that he polished himself in his life. He was a work of art and he lived well – remarkably when he died I could not cry but felt happy for him and his life.”

Photographer and campaigner with a special interest in fashion, animal rights and invisible illness advocacy.