Arcade Fire are set for their debut Northern Irish appearance this summer, with an outdoor show at Ormeau Park, Belfast on June 13. 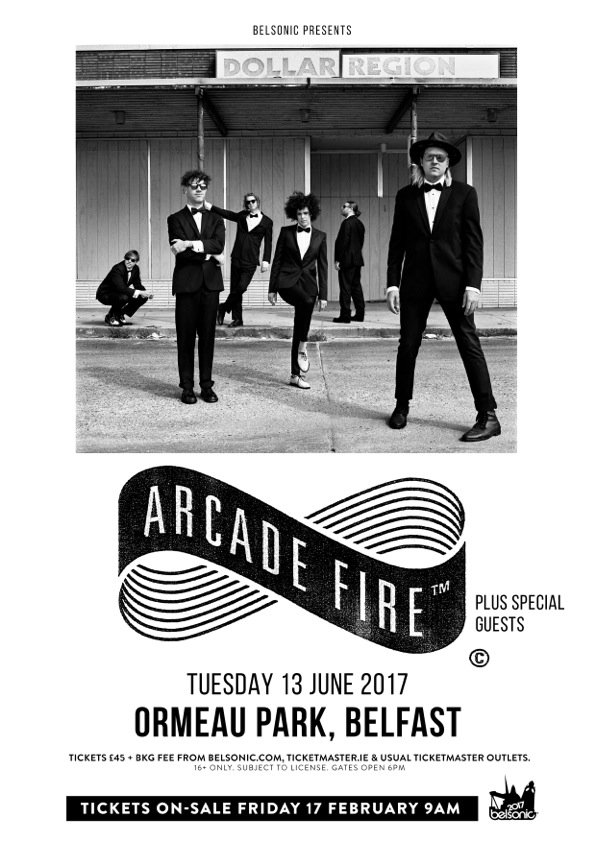 Hailed by the Daily Telegraph as “The greatest live band in the world”, Arcade Fire will join Jess Glynne, Cream Classics and many more at Belsonic 2017.

Arcade Fire’s fourth album Reflektor was released in October 2013 on Sonovox and welcomed as “a dark disco classic” (The Times) and “an art rock epic” (The Telegraph).

Led by title track ‘Reflektor’, the album hit #1 in the Official Album Charts across the UK, Canada, Ireland, Belgium, Portugal and the USA and topped the iTunes charts in 40 countries.

Their 2007 follow-up Neon Bible, debuted at #2 in the UK and also the Billboard Hot 100. Both records were nominated for Best Alternative Album at the Grammy Awards following their release.

Tickets for Arcade Fire priced £45 plus booking fee, go on sale at 9am this Friday, February 17 from Ticketmaster outlets and www.ticketmaster.ie