Bam magazine had the opportunity to catch up with Pigeon Detectives frontman Matt Bowman as he lifts the lid on the group’s new record “Broken Glances”, the ever-changing nature of the music industry and the struggles that the new generation of bands face.

More importantly, Matt discusses the rock solid friendship that has served as the cornerstone of the band, allowing their sound to evolve without fear or trepidation.

These five normal lads from Leeds have been on an incredible 13-year journey thus far.

Friendships were forged throughout their school years, and following a disappointing realisation that aspirations to become premiership footballers were slightly beyond their grasp, they began their tentative steps towards their true calling as one of the UK’s greatest platinum selling groups who have amassed an ever-expanding loyal fan base across the globe.

By Matt’s own admission, the lads were by no means a polished five piece in the beginning. They simply picked up instruments, jammed, and trialled the art of song writing, gifted thankfully by a fearless approach that their friendship afforded them.

Matt said: “Our debut album was the purest record in terms of the motive – tracks written in my car while eating chips with hot sauce – and those tracks have been a global platform. Song writing is so challenging, you become so protective, it’s like putting your child out there.

“We write as a five piece, which can be harmonious or extremely challenging – it’s about making the tracks as honest as possible, retraining creative integrity while being respectful to the group. The creative process is aided by our “Friends first” ethos.”

When discussing the group’s new record “Broken Glances”, Matt states that through their highs and lows, the fans have been the band’s constant and saving grace.

“So this record is definitely for the fans, the last 13 years have been a journey we’ve taken together and both inside and outside the group, we’ve grown up together. This album is a documentary of that decade or so, it’s excitingly unapologetic in its effort to be different but at the same time it’s a respectful nod and dip of the cap to all our fans that have supported us and been a part of the adventure.” he said. 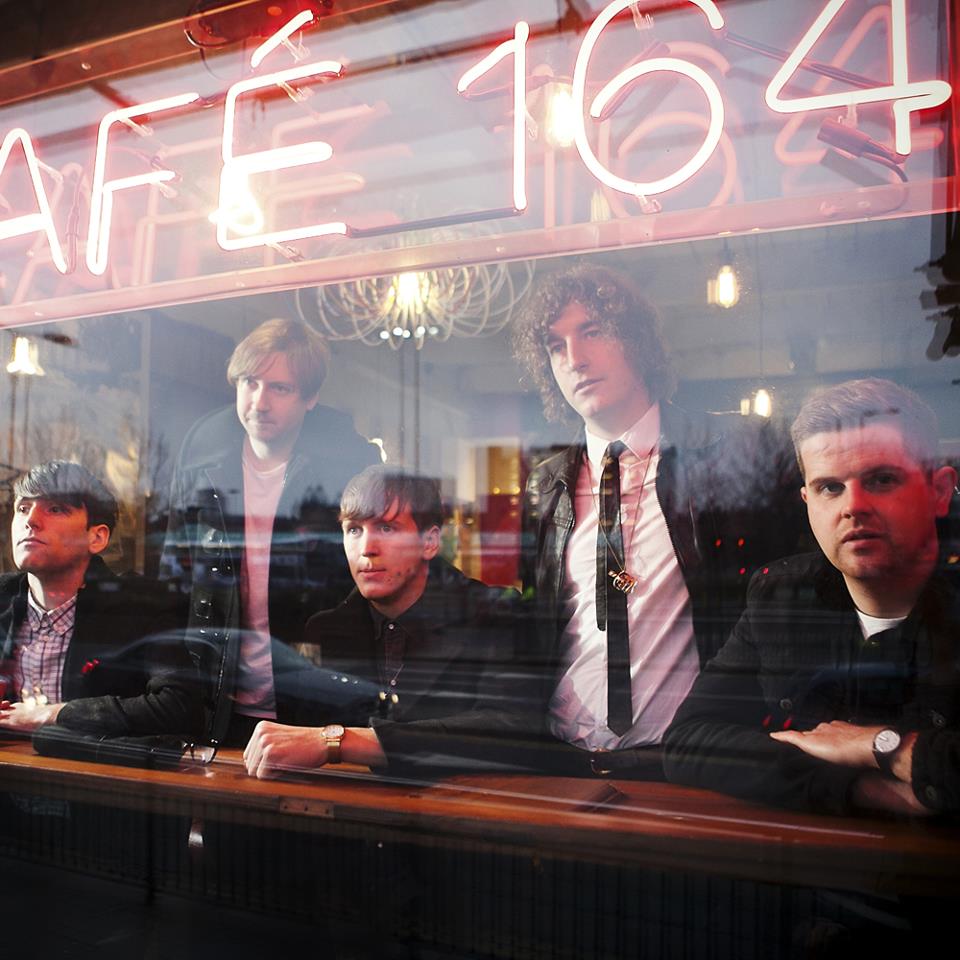 “This is an album from us to you. It’s a record you will be able to invest time in and enjoy for different reasons at different times on different days. It’s full of ideas and expression that we’ve previously not been brave enough to put on our albums but this time it’s all here, it’s all in this album for you to discover and be a part of…thanks for the amazing memories.”

The lads have generously offered a free teaser track, “Sounding the Alarm”, and fans can download this unreal indie rock offering and 2 more tracks instantly when they pre-order the album.

“Sounding the Alarm” represents a more minimalist and experimental side to the band. Matt said: “While still retaining the Pigeons signature of great melodies and hooks, we’ve tried to set these to a backdrop of instrumentation not usually associated with the band.

“Sound the Alarm was to deliberately entice people about the new album, but we will always be a guitar band. Bringing in a new producer Richard Formby, it was always going to be an amazing experience, Richard certainly did not expect our phone call. 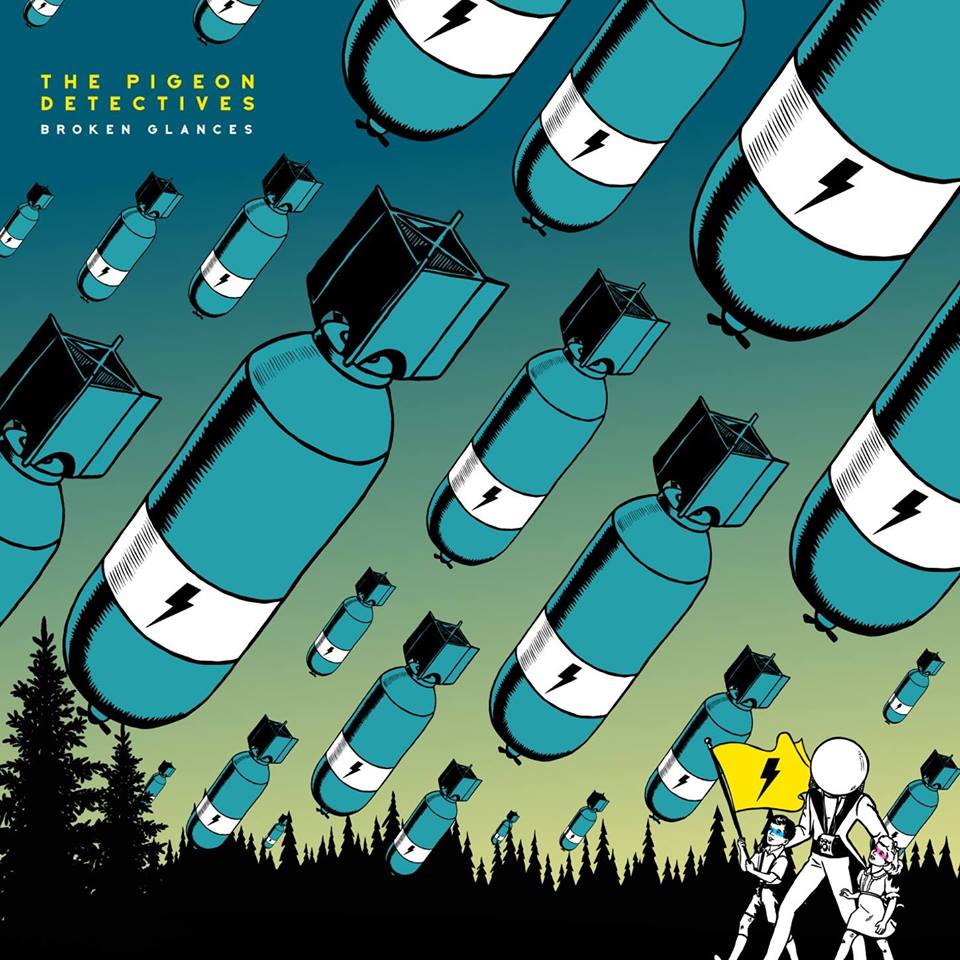 “He was a genius, we would give him a vague description of sound and said ‘okay lads, gives me an hour’. There was definitely a collaborative mutual respect and we all gelled so well, we had an amazing time together.”

Matt explained that there is no so such thing as an instant payday; making a living from music has become increasingly difficult: “I feel so sorry for new artists who are taking their first steps into the industry. I can empathise with young singers and groups who feel that platforms such as the X factor/ Voice are their only viable or accessible platform for them to get recognised.

“But such formats have effectively killed the music industry and fanned the flames of an ‘instant fame’ culture. However, artists such as Ed Sheeran are beacons, demonstrating that the traditional gigging and learning on the job can still work, the school of hard knocks helps artists develop creative integrity whilst learning the lessons needed to achieve longevity. But financially it is very difficult to get started in the industry.

“As a group, we have personally financed production costs, the recording time over two years, the art work and splitting the income which is a lot less than people realise.

“For example, 2 million streams wouldn’t pay for a 2nd hand car or a family holiday, we have been very lucky, the current music industry simply doesn’t and is not financially as lucrative, but we are not in it for the money.

“As I have said before, we truly feel for the grass roots bands starting out, it’s about instant gratification. Were we feel that there is no better feeling of the emotion a track can evoke, contrast between.

“But there is a certain context of dancing with the devil due to the increasing prevalence of social media. As a band we are not adverse to social media but there is no substitute to the atmosphere of a gig, the bass line, the sweat and the memories that live music invokes.

“We cannot wait to come to Belfast, it’s one of very few venues were the fans are singing our lyrics back even when the track has literally just dropped.”

The Pigeon detectives will showcase their back catalogue and new material at the world famous Limelight in Belfast on 3 March. In order to download the new record “Broken Glances” or to access tour dates, see: thepigeondetectives.com