Troy, Adam and Paul from Bangor, Co. Down make up Palm Tree Dynamite, a funk rock band with a powerful stage presence.

The trio, aged 23, 22 and 26 respectively, combine a unique “power funk” style with high energy performances that have earned them a growing local fan base.

With over a decade of musical experience, Palm Tree Dynamite’s main goal is to get people on their feet and deliver a show to remember. 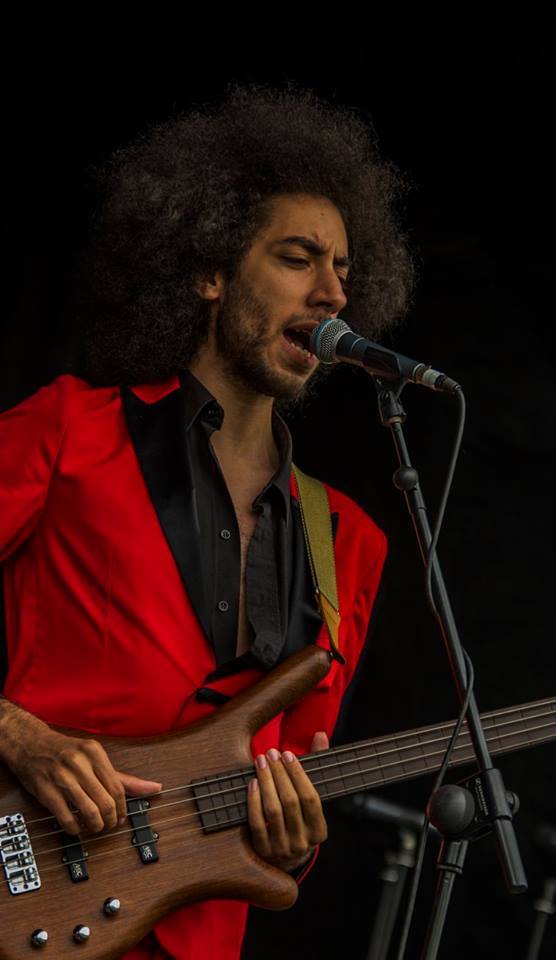 Get to know more about Palm Tree Dynamite:

How did you get started in the industry?
Troy: “Adam and I have known each other since school where we formed a band. The two of us have played in various bands for the last 10 years or so and have played gigs all around the UK.”

Paul: “I played in a number of jazz bands including the Ulster Youth Jazz Orchestra. Through those connections, I got involved in other bands for hire and for gigging. I was recommended to Troy and Adam by a mutual friend who had played in a band with me before. They were looking a guitarist for a funk band.”

What genre/style do you create in?
“We play funk rock (we jokingly like to refer to our heavy rock influenced funk as ‘power funk’).”

What would you be best known for?
“We would probably be best known for our stage presentation – we wear red suits and our guitarist Paul is very energetic – he likes to jump off the stage!”

What would you consider your biggest achievement?
“We have been very fortunate to play a headlining gig at the Empire in Belfast but our biggest is probably playing the main stage on the opening night of Sunflower Fest in Hillsborough which is a very popular outdoor music festival.”

What you you consider the biggest lesson you’ve learnt in your industry?
“Connections are important. We have played lots of gigs and met lots of great bands and organisers. The connections we made at those gigs have led to more. 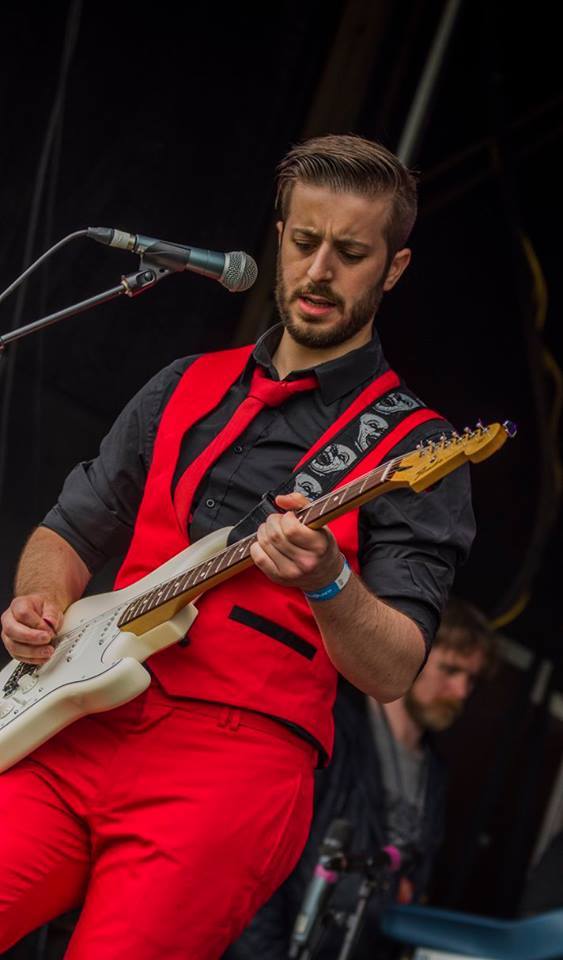 What has been the biggest challenge to date?
“Staying positive when things have not proceeded as planned. Over the years, sound issues, equipment issues, audience numbers and even issues with other bands can really bring you down, especially when they happen in quick succession. I think that we are lucky enough to have worked with some great people who reduce the effect of those problems.”

Tell us a little about your personal life, are you married, kids, hobbies etc?
Troy: “I work for Carphone Warehouse but as the main songwriter of the band I am always writing. Each of us brings music at some point. That music can be complete or require further input from the rest of us. Paul may come in with just a riff or a complete chord progression. He may have lyrics to a completed song or simply lyrics. Likewise Adam can start or finish any aspect of the songwriting process, but the whole band is required to give the completed Palm Tree Dynamite sound and feel of a song.”

Adam: “I am currently studying the drums at ACM in London. I like all genres of music and when I’m DJ-ing, I use everything from dance to rap. I like to experiment with sounds and effects. Sampling sounds from the world around me for use in my music.”

Paul: “I work for a pharmaceutical company but my real passion is movies. Since I was a child I’ve always been obsessed with film. I was constantly talking about it…as the other guys could probably attest to!”

Tell us about your most recent work?
“We have been on a temporary hiatus due to Adam being in London during term time but he has been back several times during the year when we have used the time to continue to gig to keep our name out there, and to record new material which we can then release and promote the next time Adam returns.”

PLUG !! What would you like us to tell people about?
“We want to let people know about the highly energetic and fun band that is Palm Tree Dynamite. We get onstage and give it all we’ve got. We don’t stop rocking until everyone is on their feet dancing and singing. It’s not a Dynamite party until everyone (including us) are falling over from exhaustion.” 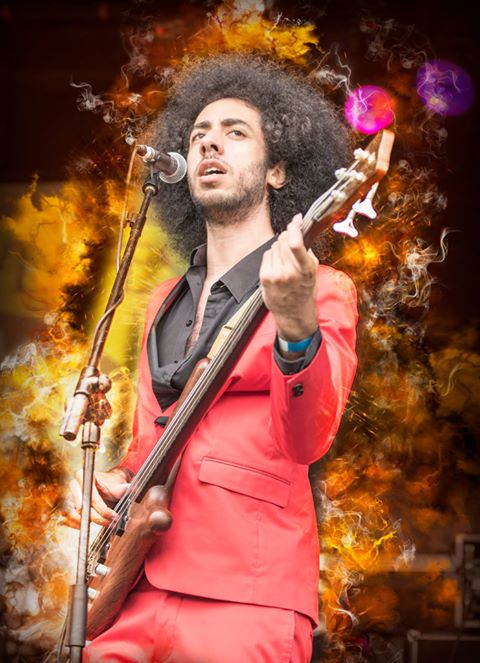 If you had to describe your work to someone who has never heard of you what would you say?
“Palm Tree Dynamite are a funk rock three piece hailing from the mottled shores of Bangor. With backgrounds in hard rock, funk and soul, the band has spent years developing their sound to create the eclectic sets you hear from them today. Their energetic brand of power funk is guaranteed to get you groovin’.”

What’s the funniest experience you’ve had in your business?
“Our on stage antics have led to some awkward moments. Troy has had issues with his bass strap breaking during a song and falling to the ground with the bass to make it look intentional – all the while continuing to play! The most protracted time was when Paul jumped off the stage in The Empire, Belfast for a guitar solo. When he had finished soloing, he realised the stage was too high for him to get back up so he had to stand in front of the stage for the last minute of the song trying to look as cool as possible in such a situation.”

What would your advice be to young people hoping to pursue the same industry?
“Enjoying your music (or whatever art form you are in) is the most important thing. If you have an environment of positivity, it feeds your art and makes it better. Your enthusiasm for your work also influences those observing it and heightens everyone’s enjoyment, looping back into improving the art.”

Who do you look up to and why?
“We each bring our influences to the band. Paul is very much the rock fan so he bring the blues and hard rock influences in, whilst Troy is the originator of the funk influences. Adam has the widest musical tastes of the three of us – he brings his love of rap, rock, funk and everything in between to the mix. The bands that we all can agree upon though are Prince, Steel Panther and Ninja Sex Party. Those bands represent all our stylings when put together. The fun loving, genial nature of our show mixed with our (jokingly) sexualised lyrics come from these great artists.”