Belfast woman, Mary Anne Farenden has been crowned the winner of RTE’s 2022 edition of the popular horticulture show, ‘Super Garden’.

Mary Anne, 29, made her debut on the show in episode three where she transformed the garden of the Devine family into an enchanted woodland in just five weeks and with a budget of only €15,000.

Competing with four other budding designers from across Ireland who were battling it out to secure a coveted garden spot at Ireland’s leading garden festival, Bord Bia’s ‘Bloom’, Mary Anne likened the experience to a rollercoaster ride.

“The whole experience has been amazing, it’s been a rollercoaster. A lot of stress, a lot of things happening and it hasn’t really sunk in yet. It feels like I am living someone’s life and watching it happen” she said. 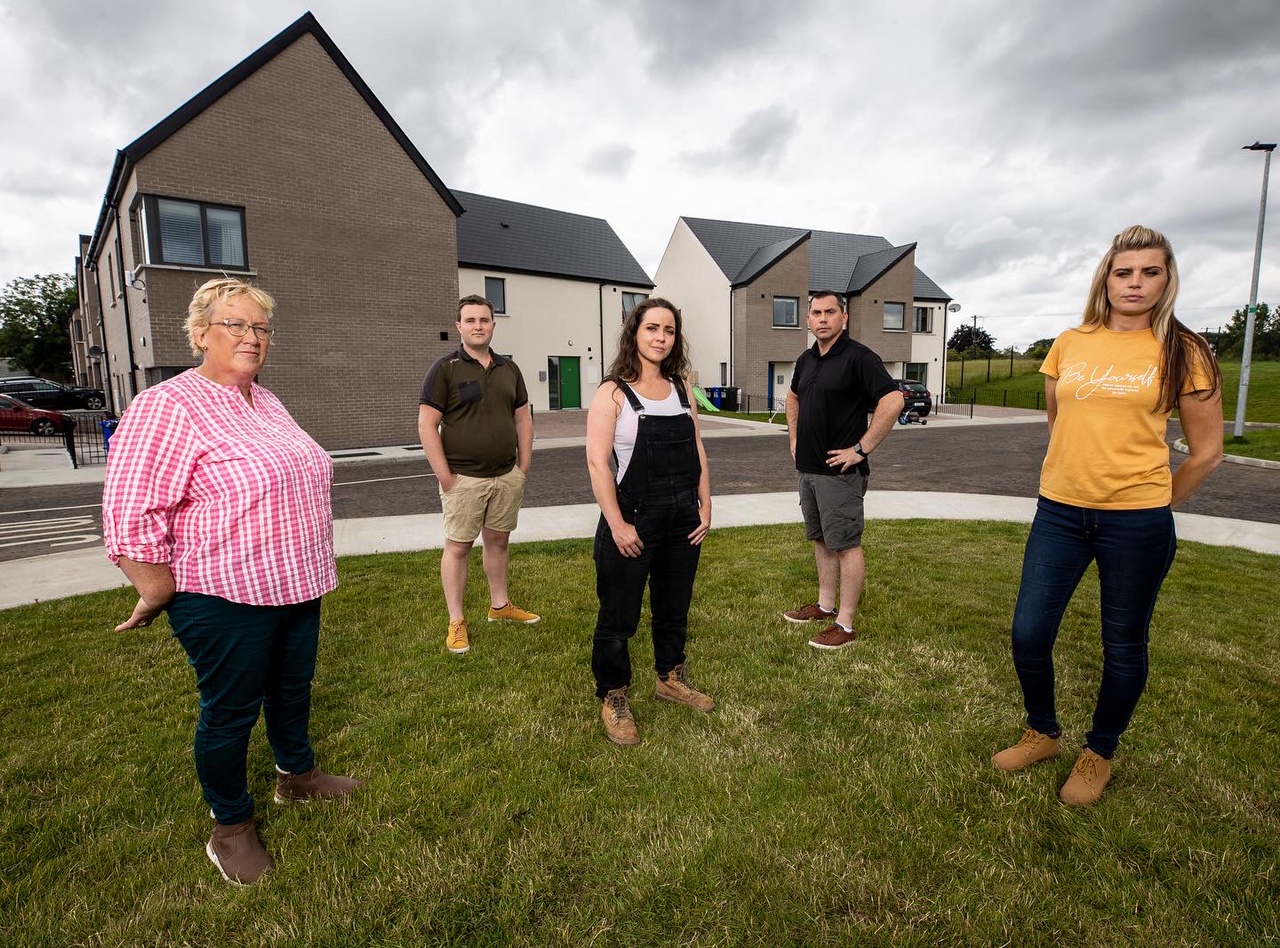 When she applied for the show, winning wasn’t the only motivator for Mary Anne. For her, it was to help a family build the garden of their dreams. Drawing inspiration from a broad range of gardens including cottage, fairy woodland and zen gardens, Mary pulled out all the stops to ensure she won over the family and judges.

She explained: “I wasn’t trying to build specifically for a Bloom-worthy garden. I was building a garden within the parameters that I was given. I knew it had to be a show garden but I also knew that for me to be able to do it, it had to be completely authentic to myself.”

From her first conversation with The Devine Family, Mary Anne had a solid idea of what Shannon and Kevin wanted for their family. It was important for everyone involved to create a garden which was functional and sustainable for a family of five.

“They absolutely loved it. It was just amazing to see the kids just be so happy with it and Shannon and Kevin loved it too” she said.

“They helped me as well, they took really good care of me while I was there; with food, a lot of water and even by offering me a place to stay after a long day! It was good that we had a really good relationship, they’ve been really happy with it and the dogs love it too. We actually still keep in touch.” 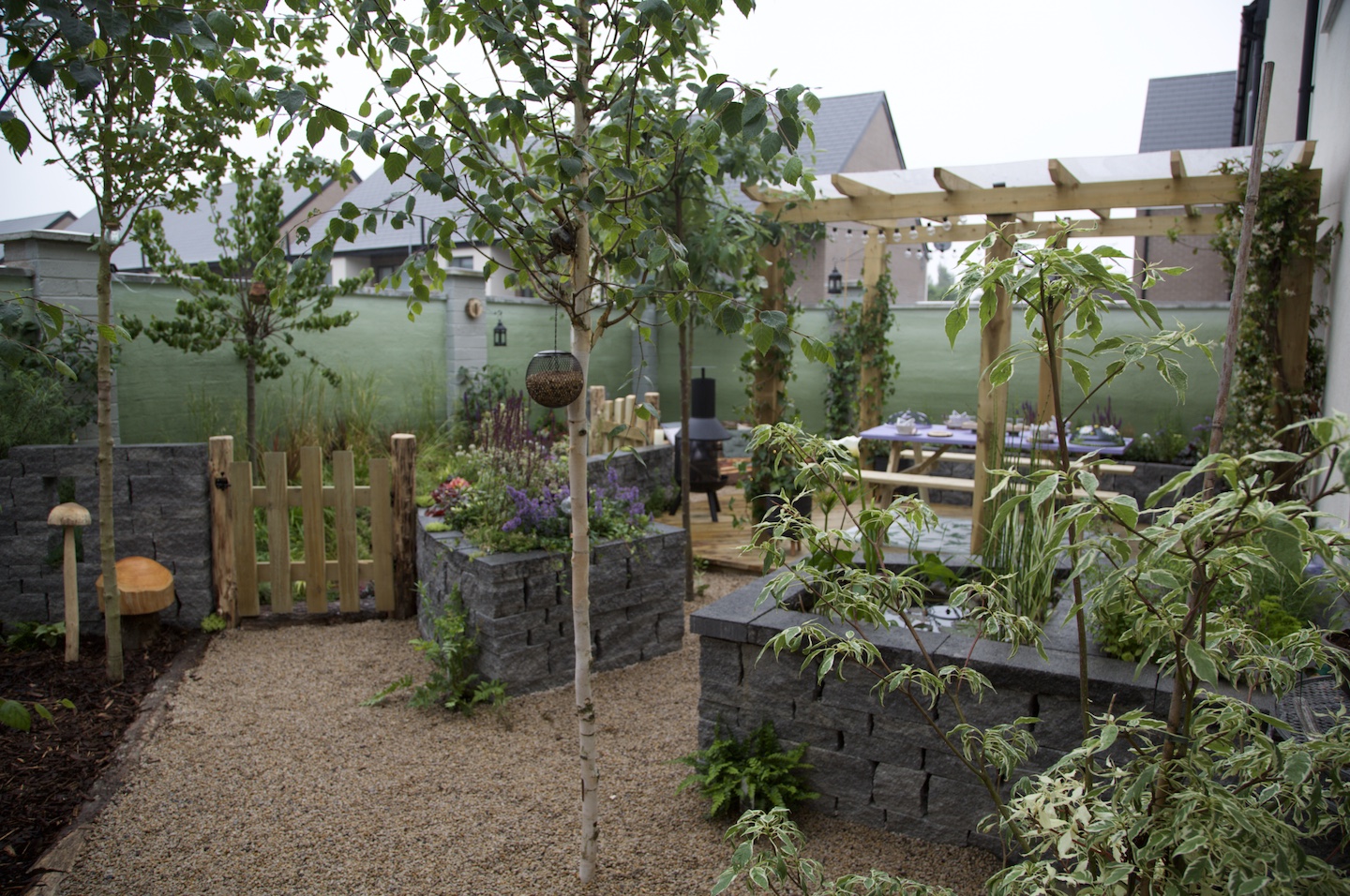 Taking home the coveted trophy, the small business owner described how she was ‘absolutely delighted’ to win the show.

As the winner of Super Garden, Mary Anne will now have an exhibit at the prestigious Bord Bia Bloom Show in Dublin which showcases Ireland’s indigenous horticulture, food and drink industry.

Running from June 2 to June 6, this year’s show marks the 16th anniversary and is expected to attract over 110,000 visitors annually to Ireland’s favourite gardening and lifestyle festival.

“Super Garden provides us with the opportunity to highlight the wide range of quality plants grown and supplied to the gardens by Irish Nurseries.”

For her exhibit, Mary Anne decided to once again draw inspiration from how a family would use their own garden and recreate the garden viewers will have seen on the programme only with slight modifications.

“I wanted to recreate the same feeling I had on the show. Some people have block walls in their garden, so I built one with the help of Greenmount. I used logs for the pillars on the side and they look fantastic because they created a woodland effect. Little things like that created enough change for Bloom but not too much that you can’t recognise it for what it was before.”

To help with all the hard work, Mary Anne had enlisted the help of her family, with her father lending her a hand with the physical building of the garden for the festival and her mother helping with the admin side of the endeavour.

“My dad flew over for May to help me and I really appreciate my stepmom for leasing him. It’s been an amazing chance for us to spend some time together. He worked so hard. He could give any landscaper a run for their money.

“It is something we’ll never forget. It was really important for both of us. I can always think back that he made Bloom a reality for me. My mum was helping me in the background with the business side of things.”

Winning the show, however, is only the start for Mary Anne. She is passionate about helping everyday people create a space of their own and wants to show them that it doesn’t need to be complicated.

“I can help people with the imagination side of things and empower them. Especially people who identify as women who feel that they may not have that ability within themselves.

“Things are overwhelming if you don’t know where to start. If I give them the ideas and show them how easy it can be.”

This year’s series of Super Garden is available to stream via RTE Player https://www.rte.ie/player/